How to convert km/h into knots

Hearing that the ship speed was 10 knots, people who are not familiar with marine business, forced to clarify, is it much or little, good or bad. Marine terminology for the uninitiated, in most cases quite complex, but with the translation of nodes in the usual kilometers per hour and Vice versa, nothing complicated. 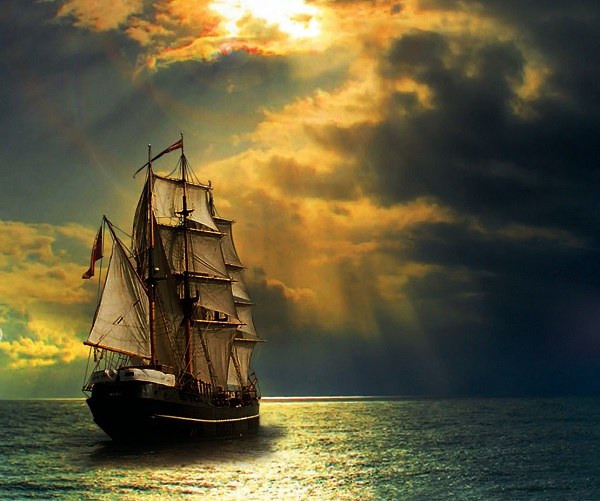 Related articles:
Instruction
1
Knot - unit of speed of ship or plane, equal to one nautical mile per hour. The term comes from a primitive device for measuring the speed of a vessel called the "sectoral lag". It was a triangular Board attached to it with a thin twine with knots, and looked like a kite. The Board was thrown over the stern of the ship and counted the number of knots going over the side for some time (usually 15 seconds or a minute). The distance between the nodules and the measurement time was selected in such a way that the result is the speed in nautical miles per hour.
2
Nautical mile equals 1852 meters. This distance corresponds to one angular minute of latitude, that is, one-sixtieth part of a degree. Accordingly, 60 nautical miles along the Meridian of one degree of latitude, and the ship, running along the Meridian with a speed of one knot will be held at the hour of 1 arcmin Navigation was very convenient to use this method of measuring distances, so the knot and nautical mile are still widely used at sea and in aviation.
3
To convert kilometers per hour to knots, multiply the speed in kilometers by 0.54. The result is speed in knots or nautical miles per hour. For the reverse conversion speed in knots is multiplied by 1,852, the result is the miles per hour. Despite the fact that the nautical mile is not included in the international system of units, its use, and therefore the use of nodes, it is allowed.
4
Not to memorize rather complex ratios of the nodes, the traditional nautical miles and kilometers, for translation you can use one of the many online converters (calculators conversion of units) that will help to quickly translate some values in the other.
Note
Node is an independent unit of speed, and say "knots per hour" is wrong.
Is the advice useful?
See also
Подписывайтесь на наш канал