What are the cold

Over called the horizontal movement of water in the oceans and seas. Currents transfer on large distances huge masses of water. They are divided into warm and cold. If the temperature of the flow below the temperature of surrounding waters, it is defined as cold. Of all the known currents of cold is the third part. 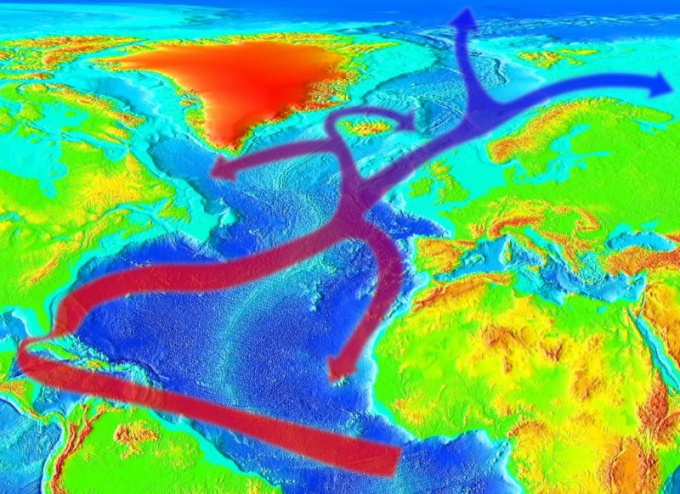 Related articles:
The main cause of currents is the wind. Under the influence of steady winds occur most powerful during the cold Western Winds, which forms a ring around Antarctica. Direction of currents is affected by the position of the continents, the outlines of their shores. In the depths of the oceans and seas currents are formed because of the different density of water. The denser water moves to the side and create less dense at a depth of powerful streams. The direction of the sea currents greatly influenced the Earth's rotation. Ocean currents affect the nature and climate. They transfer cold and heat between latitudes and gases, and dissolved nutrients. Using the movements of the animals and plants move, inhabit a new territory. The Canary current is a cold current of the Atlantic ocean moving from North to South, skirting the Iberian Peninsula and Northwest Africa. The width of the Canary currents of 400-600 km, and Labrador current - a cold ocean currents in the North Atlantic ocean. Mixed with the warm waters of the Gulf stream, each spring carries the icebergs from Greenland to the TRANS-Atlantic crossing. Benguela current - cold current of the Atlantic ocean off the West coast of Africa. The Falkland current is a cold current of the Atlantic ocean off the coast of South America, the branch currents of the Western Winds. Carries a lot of icebergs. The current of the Western Winds - the most powerful cold current of the World ocean, also called Antarctic. Crosses three oceans - Atlantic, Indian and Pacific. This course covers the Earth in a continuous ring, from it branch off the cold Benguela current, the Western Australian and Peruvian currents. Its length is more than 30 thousand km, average width is about 1000 km For westerly Winds penetrate almost to the bottom of the ocean to a depth of 4.5 km. the flow Velocity is on average 2 km/h is Characterized by strong curves, arising under the influence of contours of the continents and bottom topography. Antarctic circumpolar current is a powerful source of energy, it forms the cyclones and anticyclones that make up weather on the planet. The Somali current is the cold current of the Indian ocean, off the Eastern coast of the Peninsula, and Somalia in Africa. Caused by the monsoon winds changes its direction depending on the season. California current - cold current of the Pacific ocean. Runs along the coast of California. Peruvian current - a cold current of the Pacific ocean, going from South to North near the Western shore of the South American continent. East Greenland - the cold current of the Arctic ocean extending from the Eastern coast of Greenland. Carries a year-round ice in the Arctic basin and icebergs in the summer months.
Is the advice useful?
See also
Подписывайтесь на наш канал