The speed with which Earth revolves around its axis

Few people know that the Earth has irregular speed around its own axis, its speed depends on the latitudinal location. 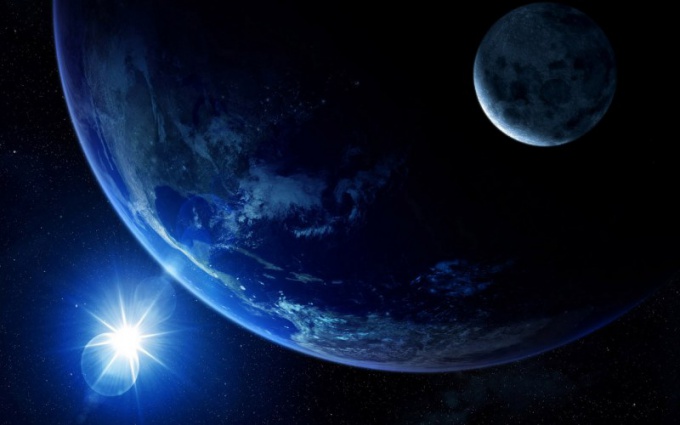 Related articles:
Regardless of that the constant movement of our planet in the usual way imperceptible, diverse scientific facts have long proved that the Earth moves on its strictly-defined path not only around the Sun but also around its own axis. This is attributable to the mass of natural phenomena observed by people on a daily basis, such as changing time of day or night. Even in this moment, reading these lines, you are in constant motion, the movement which is caused by the displacement of their native planet.

Interestingly, the speed of the Earth is not constant, for reasons that scientists, unfortunately, up to this time failed to explain, however, it is known that each of the centuries, the Earth slows down the speed of its normal rotation by an amount approximately equal to 0,0024 seconds. It is believed that this anomaly is directly related to the kind of lunar gravity, causing the tides to which our planet also consumes a significant share of their own energy, which "slows down" its rotation to the individual. So-called tidal ledges, moving, as usual, in the opposite direction to move the Earth, cause the occurrence of certain forces of friction, which, in accordance with the laws of physics, are the main hindering factor in this purse space system as the Earth.


Of course, no axis is actually there is an imaginary straight line which helps to make calculations.

In one hour, it is believed, the Earth revolves at 15 degrees. How much it wraps around the axis completely, not hard to guess: 360 degree - one day in 24 hours.

It is clear that the Earth revolves around its own axis for the usual people 24 hours - an ordinary earth day - or rather, in 23 hours fifty-six minutes and almost 4 seconds. The motion is invariably from the West on the East and nothing else. It is easy to calculate that under such conditions the speed at the equator will reach about 1670 kilometers per hour, gradually decreasing when approaching the poles, where it smoothly goes to zero.

To the naked eye to detect the rotation by Earth with such a huge speed, because with people moving and all surrounding objects. All the planets in the solar system make the same movement. For example, Venus has a much lower speed, that is why it is different from earth day more than two hundred and forty-three times.

The fastest known today for the planets are Jupiter and Saturn, making its full turn around the axis for ten and ten and a half hours respectively.

It should be noted that the rotation of the Earth around its axis - a very interesting and unknown fact in need of further close study of scientists around the world.
Is the advice useful?
See also
Подписывайтесь на наш канал