How to determine the coefficient of friction

Friction is the process of interaction of solid bodies during their relative motion or the motion of the body in a gaseous or liquid medium. The coefficient of friction depends on the material of the friction surfaces, the quality of treatment and other factors. In physical problems, most often determined by the coefficient of sliding friction as the rolling friction force is much less. 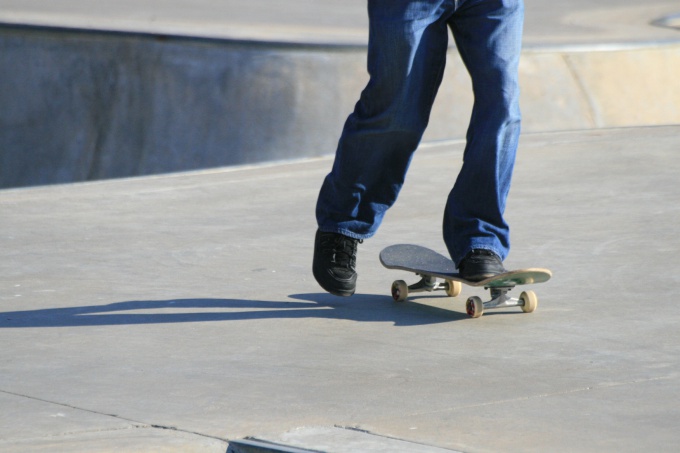 Related articles:
You will need
Instruction
1
Consider first the case when one body slides on a horizontal surface of the other. Let us assume that it slides on a stationary surface. In this case, the reaction force of support acting on a moving body directed perpendicular to the slip plane.

Mechanical law of Coulomb sliding friction force equal to F = kN, where k is the coefficient of friction, and N is the reaction force bearing. As the reaction force bearing is directed vertically, then N = Fтяж = mg, where m is the mass of the moving body, g - acceleration of free fall. This condition follows from the immobility of the body relative to the vertical direction.
2
Thus, the coefficient of friction can be found by the formula k = Fтр/N = Fтр/mg. You need to know the force of sliding friction. If the body is moving uniformly accelerated, then the force of friction can be found, knowing the acceleration a. Let acts on the body the driving force F is directed opposite to the frictional force her Fтр. Then, according to Newton's second law (F-Fтр)/m = a. Expressing here Fтр and substituting in the formula for the friction factor, we obtain: k = (F-ma)/N.

From these formulas it is seen that the coefficient of friction is a dimensionless quantity.
3
Consider the more General case when a body is slipping from an inclined plane, for example, from the fixed unit. Such tasks are very common in school course of physics in the section "Mechanics".

According to Newton's second law we can write down the equations of motion of a body: N = mg*cos, mg*sinφ-Fтр = mg*sinφ-kN = ma.

Substituting the first equation into the second, and reducing the mass m, we get: g*sinφ-kg*cosφ = a. Here, k = (g*sinφ-a)/(g*cosφ).
4
Consider the important private case of sliding on an inclined plane, when a = 0, that is, the body moves uniformly. Then the equation of motion has the form g*sinφ-kg*cosφ = 0. Hence, k = tgφ, that is, to determine the coefficient of friction is enough to know the tangent of the angle of inclination of the plane.
Note
Should not be confused with Coulomb's law in mechanics with Coulomb's law in electrostatics!
Is the advice useful?
See also
Присоединяйтесь к нам
New advices