How to end a formal letter

Any office worker, sooner or later faces the need to write a formal letter. Rules of business etiquette emphasize that the rest of the letter is no less important than the starting point of your message. 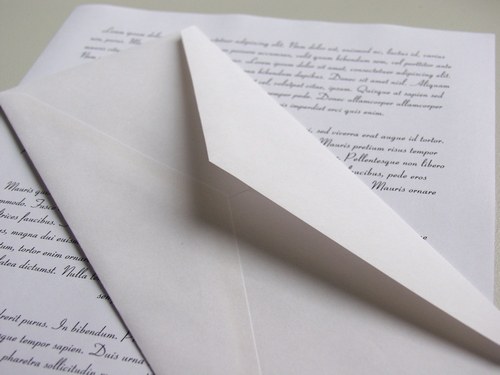 Related articles:
You will need
Instruction
1
Before proceeding to the final part of the letter, proofread. Check the text on the lack of grammatical and spelling errors, errors and inaccuracies. If the contents of the letter you completely satisfied in the last paragraph, once again in a brief and intelligible form, repeat the main thesis of your writing. Thus, you rezyumiruya his message, making it easier for the addressee, preparing and writing a response.
2
In the case that the official letter should make copies of documents after the paragraph back a few lines and indicate in the "list of documents. The list should be numbered. Photocopies of documents to the letter will apply in the order in which they appear in the list.
3
Finish a formal letter polite and correct turn of phrase, such as: "I hope for fruitful cooperation". Also, in business transactions it is customary to end letters with phrases such as "sincerely", "sincerely", "respectfully". Next, be sure to put your initials and date. Don't forget to print the following text to sign next to your name.
4
Start to fill the envelope. The recipient's address is written in the lower right corner, the sender's address is written in the upper left. Be sure to specify the correct index in this case, the letter will reach the addressee faster.
5
An official letter is better to send via mail as registered letters with acknowledgment of receipt. In this case, you will have proof of receipt of the letter by the addressee.
Note
In an official letter be sure to include your phone or email address. It is often a necessary tool for a quick solution to the problem mentioned in the letter.
Useful advice
Before you end a formal letter, let me read it with a colleague or supervisor. The side view will allow you to notice those mistakes which you have not paid attention.
Is the advice useful?
Присоединяйтесь к нам
New advices