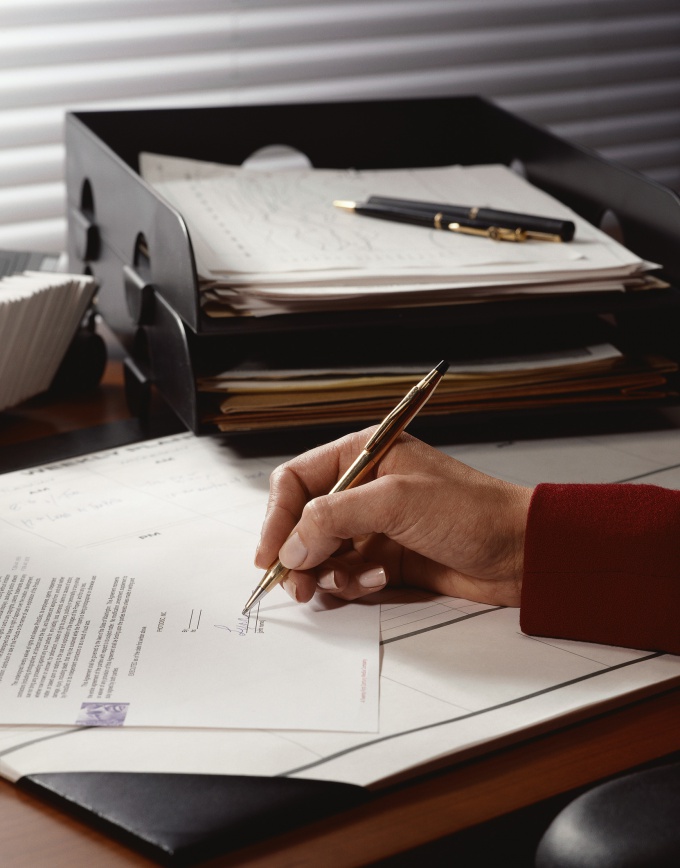 Related articles:
Instruction
1
Official letters should be printed on a special form, corresponding to the standard. The top sheet of paper needs to be permanent items: cap letters (full and abbreviated company name of the sender, its postal and legal address, telephone and Fax, website), followed by the main text, at the bottom - the signature of the responsible person.
2
The signature box is in the lower left corner directly below the text of a business letter. Before the line for the signature, specify the job title of the person signing the letter, and transcript name. Because a business letter is always issued on the letterhead of the institution, the name of the organization signature do not specify. For example: the General Director of a broadcasting company, signed... A. P. Sidorov.
3
Sometimes business letters required to put two or more signatures, in case if you want to confirm the validity of the first signature or important documents (letters on financial-credit issues should be certified and signed by the chief accountant of the company). Position of the signature is strictly one under another in the sequence, which corresponds to the seniority of the position, from larger to smaller, for example:the Director of the Department, signed... P. V. Troparion
Chief accountant, signature... TS Sobinco.
4
If a letter needs to sign some persons, occupying the same/equal position, put their signatures on one level, for example:Head of Finance Department, signed... P. O. Ivanov, Chief of staff, signed K. O. Petrov.
5
If at the time of signing a business letter the official signing which procured place on the draft form is missing, the document has the authority to sign the person performing his duties, or Deputy. Please enter the actual title of the person whose signature will be on the letter ("acting" or "Deputy") and his name. You can't sign a business letter, using the preposition "for" or a slash in front of the titles.
6
All copies of business letters sent and remaining for filing in the Affairs of organizations must have genuine signatures of the specified officers. Original signature on document (a business letter is a legal document) is the main way to ID it. If the official letter there is no signature, it has no legal force.
Is the advice useful?
See also
Присоединяйтесь к нам
New advices