How to teach foreigners the Russian language 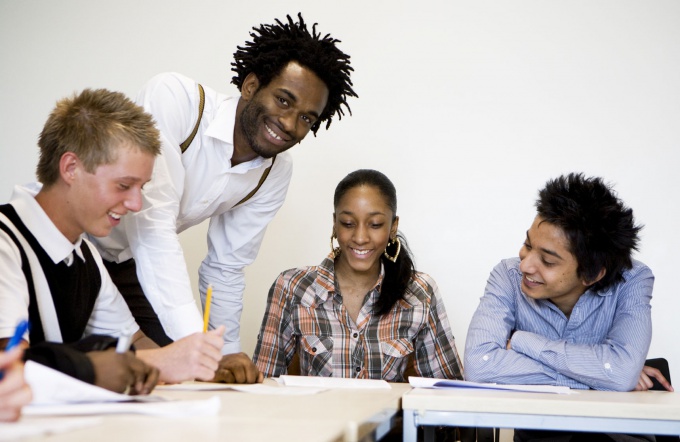 Related articles:
Instruction
1
Start learning the Russian language in an individual format. For successful teaching, you must speak two languages: the mother tongue of your foreign student of Russian. Then the learning process will be enjoyable and productive. After 1-2 months you can take a training in group form. Sessions should be done 3-4 times a week and combine in them the theoretical and practice hours. The duration of the course from 120 to 160 hours.
2
Line up the learning process, taking into account three principles: communicative (communication skills in the Russian language), consistency (the study of Russian as a holistic interconnected system of all language units) and functionality (ability to apply knowledge in practice).
3
Begin to teach the Russian language from alphabet. This is a classic method of language learning. Once the student remembers all the letters, start learning to read. Parallel to enlarge your vocabulary with your student new Russian words. Good help at the initial stage of putting up colored pieces of paper with words all over the apartment. Bumping look at these papers, the student involuntarily will read them and remember.
4
Include in the training the following topics: phonetics, vocabulary, grammar and language development. At all stages of training guide sessions for each section, and it take half the time.
5
Explain to the foreign student that the Russian language is polysemantic words. Use of emotional-semantic method. That is, teach the Russian language not as a set of grammatical rules, and create the perception of language as means of communication and in the specific context. This will help to better understand Russian speech, to make it richer and more colorful.
6
Use a special program for the study of the grammatical rules of the Russian language. For example, the theme of "verb". In a school textbook taught to determine the type of the verb: what to do? what to do? A textbook for foreigners the presentation of the material themes from the way in the book for the Russian students. There is a detailed list of the many rules of the use of verbs of the perfect and imperfect types.
7
Talking to his disciples only in Russian. The constant sound of the target language facilitates learning. Use their native language only in extreme cases when you need to explain something.
8
See with foreign students of Russian TV shows, movies, listen to the music "surround" their Russian speech. Immersion in the atmosphere of the target language, the study of the traditions and culture of native speakers of the target language helps in better and quick learning. Start a "conversation clubs with native speakers. Immersion is perhaps the most popular and effective method of learning any foreign language.
Is the advice useful?
See also
Подписывайтесь на наш канал