How to teach Russian to foreigners

If you teach Russian language of the alienm or decided to help learn how to speak to your friends from another country, you need to take into account the specifics of native culture of the students and to give an idea about the history, culture, life and traditions of Russia. 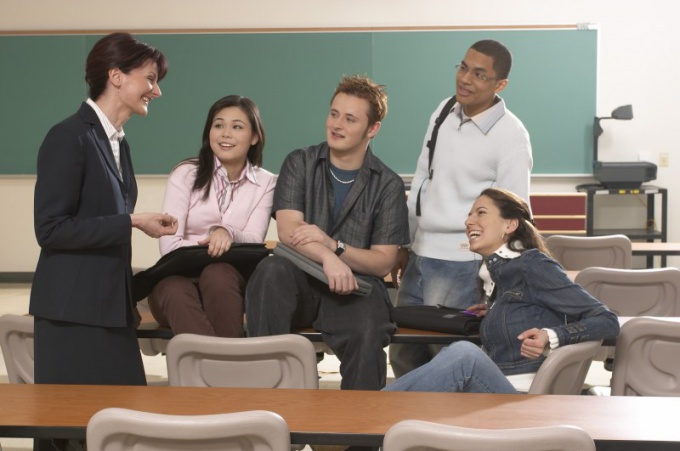 Related articles:
You will need
Instruction
1
Study of methods of teaching Russian as a foreign language.In order to teach Russian as a foreign language, ideally you should finish special courses. Today, there are many techniques that are successfully used by Russian language teachers and representatives of different nationalities they are different as they are based on the characteristics of the native languages of the foreigners. There is basic rule: you need to own native language learners or to provide its structure.
2
Get phonetics (theoretical and practical).Each language has its own characteristics: the sounds in French and Russian, for example, are not repeated, although often similar. The speech apparatus is formed in childhood, so difficult to adapt to a foreign phonetic system. One should be careful to put the sounds to practice pronunciation of sound combinations, given a melodic line phrases. In principle, the language in this aspect is similar to music: you must learn the art of phrasing and intonation.
3
See movies and listen to music in Russian.A useful practice is to movies, TV shows, and listening to music in the original language: so you include the student in the hearing process authentic speech, which is spoken designs, varying dialects and subdialects. During training it is important to develop language skills, and acquaintance with the audio and video will contribute to this. It is useful to write the idioms and jokes that are often used Russian in conversation (example: "to Live well! But to live well is even better"), it will allow the foreigner to "read" the connotation of the phrases, learn their.
4
Visit museums, exhibitions and concert halls.Language learning should be accompanied by familiarity with the culture of the country. For this, you need to attend lectures on art, museums and galleries, concerts and performances. Studying Russian Opera, a painting of the Wanderers, the architectural features of churches and iconostasis, foreigners learn to understand the Russian national character and the logic of language (sentence structure, conjugation of verbs, the use of times).
Note
The most important thing when learning a foreign language is to find a motivation for your student. It may be necessary to communicate in Russian with colleagues, plans to obtain citizenship or the dream to read all the novels of Dostoevsky in the original.
Useful advice
Consider the culture of each country while working with a foreigner, you try to adapt his thinking to the Russian reality. Talking with a student about the history of Russia, you need to constantly refer to the history of his native country, to seek a connection between them and the point of intersection.
Is the advice useful?
See also
Присоединяйтесь к нам
New advices