How to calculate percentage

One-hundredth of a whole is called the percentage. If this integer value is composed of several separate parts, each of them can be measured in hundredths of the whole. The ratio of the magnitudes of these components will be called a percentage. Practical calculation it is not difficult and consists of several simple mathematical operations. 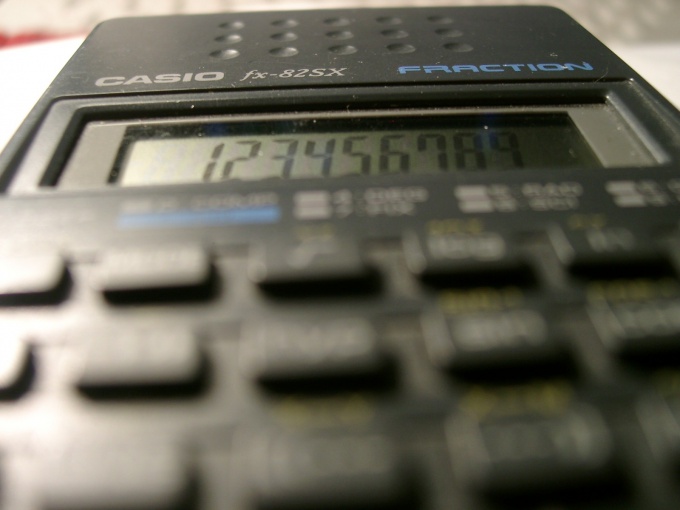 Related articles:
Instruction
1
Find out what the values should be based on the expectation value of one percent. For example, if a drug consists of two ingredients, three-dimensional characteristics are known, then the whole should be the sum of these two known values and calculate the value of one percent, dividing that amount into one hundred parts. For example, if ready to eat the paint contains eight hundred milliliters of the actual paint and four hundred milliliters of solvent, then the one percent will be expressed the value of twelve ounces, as (800+400)/100=12.
2
Find the percentage expression of each of compared values, dividing the value of each of the components of the integer values calculated in the previous step size one percent. For example, the amount of dye in solution from the example in the previous step will be about 67 percent, as 800/12=66,6666667. And the volume of solvent of the same example is equal to approximately 33 percent, so 400/12=33,3333333. These two numbers will Express the percentage of the components of ready solution components.
3
Use for calculations, for example, built into the Windows operating system software calculator, if you calculate values in mind is not possible. To access this application through a standard dialog box run programs by calling it by pressing shortcut keys win + r.
4
In dialogue it is necessary to type the command calc and click on the "OK" button. The calculator interface is extremely simple, and the sequence of several operations of division and multiplication, as described in the previous steps, is unlikely to cause any difficulties.
Is the advice useful?
See also
Показать еще
Присоединяйтесь к нам
New advices