How to make a bow not bitter

Onion onion is an indispensable component of many delicious dishes. But he is too bitter, tears already welling in his eyes. However, it's not so bad. A little cooking trick, you will be able to enjoy crisp and not bitter onion. 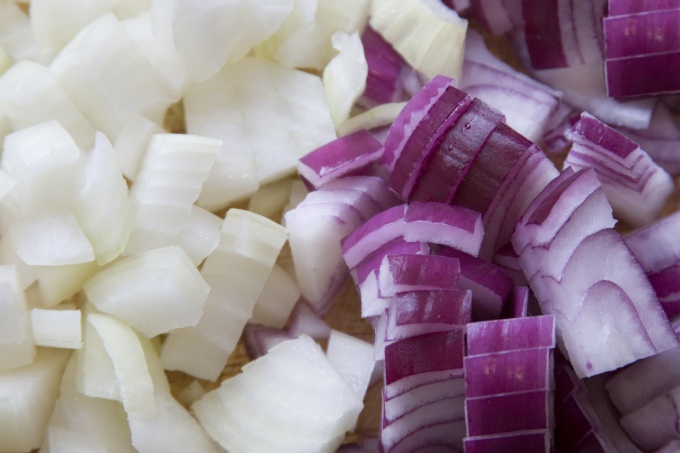 Related articles:
You will need
Instruction
1
There are several ways to fight off the bitterness from the onions.
Slice onions onion rings or cubes. Put onions in colander and scald it with boiling water. This is the easiest and most famous way to make onions less bitter. It is often referred to in recipes with daring combinations of onionand pomegranate or onionand orange.
2
Another way to achieve the same goal – to pickle onions. To do this, chopped onion , put in Apple cider vinegar and keep it for fifteen minutes. Fifteen minutes later, remove onions from vinegar and use it as it should be according to the recipe of the dish you are preparing.
3
There is a slightly more complicated way to fight off the bitterness from the onions. To do this, cut onion rings, fold it in a colander and scald with boiling water.Fold the scalded onions in an enamel bowl and pour vinegar so that the vinegar covered the whole bow. Soak onion in vinegar for fifteen minutes, drain in a colander and allow the vinegar to drain out. Ready, crispy and juicy onion can be added to the salad.
4
A combined method to fight off the bitterness from the onions. Boil water, add boiling water, vinegar, Bay leaf and fragrant pepper. Chop onion rings, put it in a bowl and pour the cooked marinade. Keep onions in the marinade for twenty minutes. Drain onions in a colander and allow the liquid to drain. Onions treated this way are perfect for fish salads or snacks.
5
Another interesting method that allows you to convert bow from a component of salad into a full-fledged savory snack. However, for salads, this bow is also quite suitable.Boil water and let the boiling water cool slightly. Squeeze the water lemon juice. Add salt, sugar, vegetable oil. Pour this marinade onion, cut into rings, and keep it for twenty minutes. On one bowovico you'll need a quarter Cup of water, medium lemon, teaspoon of salt, teaspoon of sugar and a teaspoon of vegetable oil.
Is the advice useful?
See also
Присоединяйтесь к нам
New advices