How to measure biceps

Muscle tissues, including biceps, and may report not only on how well you are doing, but also about your sports capacity in General. To measure the volume of the biceps it is not difficult. Measurement should be centimeters. 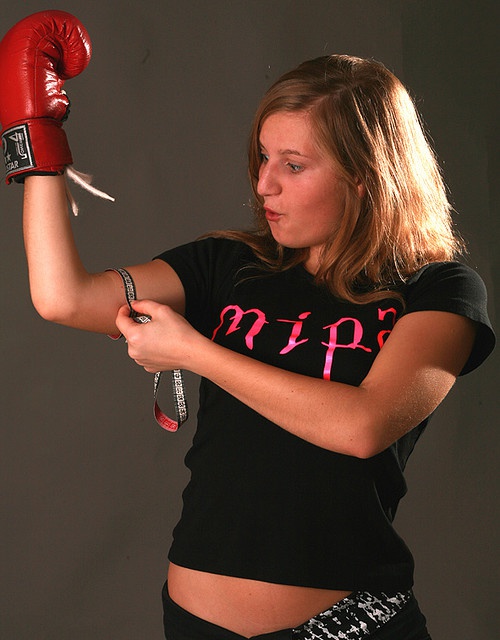 Related articles:
You will need
Instruction
1
Measure the biceps immediately after the intensive practice of sports, and in the so-called "cold" state. That is, at least a few hours after the workout. The only way is defined by its true size, immediately after exercise, the muscles temporarily increase, but the volume drops.
2
Spend the measurements in two positions. First, bend your arm at the elbow and lay around inch biceps on the most exposed point. With the outer side of the arm, the cm must lie on the triceps. Write down the result. Then straighten your arm and relax it completely. Again measure at the same points as before. And re-secure the result. If you are working to increase muscles, you need to record each measurement to then make it easier to monitor progress. Of course, better keep organized records in a single document on the computer or on the same notebook.
3
Pay attention to the difference between the amount of biceps flexed and in a relaxed state. This difference is called the excursion and usually reaches no more than six inches. The greater the difference, the greater your athletic potential. In the beginning, she usually does not exceed two or three inches.
4
If you have a tour more than six inches, chances are you made a mistake in the measurements. However, note that this parameter is also affected by the triceps, and therefore during training pay much attention on that muscle.
5
When measuring, remember that the centimetre should not dig into the hand, but not loose. For the proper management of the statistics measure the volume of the biceps about once a month, at the same time of day, preferably on an empty stomach. The measurement is conducted several times to verify the accuracy of received digits.
Is the advice useful?
See also
Присоединяйтесь к нам
New advices