How to learn card tricks

Magicians and illusionists have long attracted the attention and admiration of the audience who are wondering has been a particular focus and what is the secret of the magician's skill, which was remarkable for the people with sleight of hand and stage skills. One of the oldest types of magic – this card trick. There are many different card tricks, and they are not difficult to master, if you decided to surprise your friends. 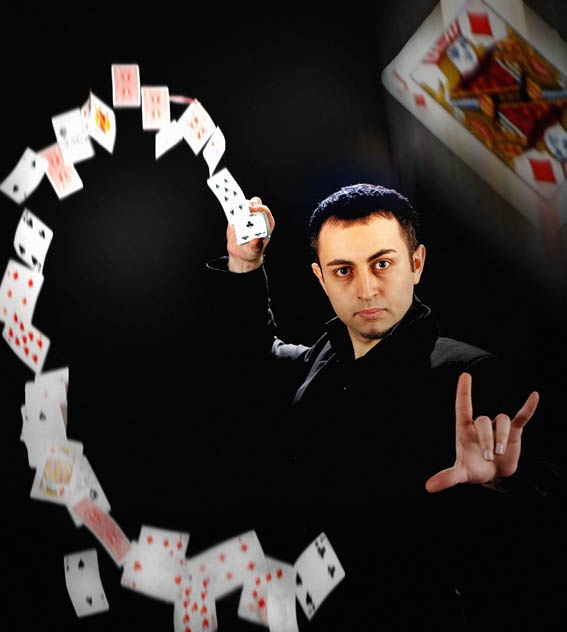 Related articles:
Instruction
1
Tricks with cards are versatile and simple as a card can always be at your fingertips. Use their features in order to keep the tricks was successful – share the cards and flowers, and use the numeric value of cards. It is best to use for card tricks a deck of 54 cards.
2
Begin to learn the card tricks from simple tricks such as focus, which includes three layouts of the cards. Take the deck of 21 card and lay all the cards face up in seven rows. Each row should be three cards.
3
Any member of the audience watching the trick, have to remember one of the cards and tell you what column of the three it is. Then gather all the cards back in the pile to get three shots. Then these three stacks will combine into one deck and place the stack with the chosen card in the middle of the audience.
4
Turn the deck face up and again lay out three columns of seven cards each on the table. Again ask the spectator who chose the card to indicate the column where lies the hidden card. Collect the cards into three piles, and the stack with the specified map again put it in the middle of the pack. Repeat the same the third time. Count the cards in the deck – the eleventh card will be the one that wished for the viewer.
5
Search of the hidden cards is a popular trick, and he has a lot of varieties. For example, you can show the spectators a deck of cards and ask someone to choose from the deck one card and then put it on the deck, while you don't see it. Remove the deck and swap the lower and upper part.
6
Lay the cards face down and specify the viewer map in order to correctly guess it, note before you focus on what card is at the bottom of the deck. Remember this map, and then laying out the deck, enter the following the card chosen by the spectator.
Is the advice useful?
See also
Подписывайтесь на наш канал