How to learn to do simple tricks

Magic tricks do for fun to the public for many centuries. To learn how to do magic tricks, you must learn their secrets and a long train. One of the simplest details of the magician is a deck of cards. With them you can perform lots of different illusions. 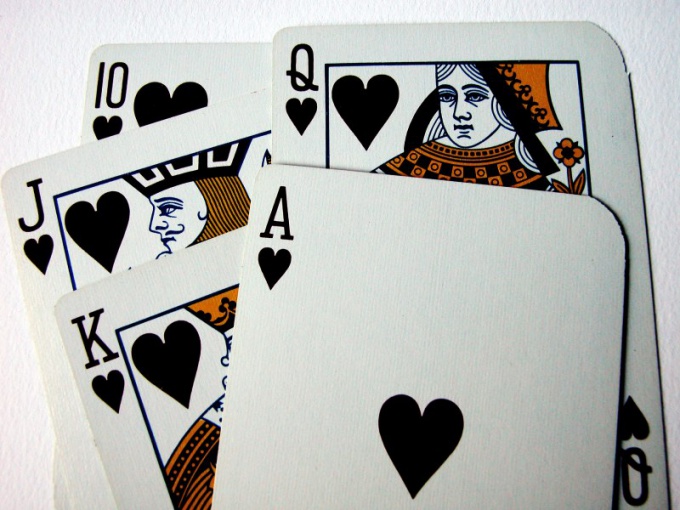 Related articles:
You will need
Instruction
1
The secrets of many easy magic tricks can be found on the Internet. Study them very carefully and practice. Do this until you fail to execute everything perfect ten out of ten attempts.
2
Never tell the secret trick to the audience (if it is not the purpose of your speech). Allow them to speculate and to guess the secrets of magic tricks.
3
One of the easiest tricks is called "Kings and Queens". Select all Queens and kings from the deck (you should get a stack of eight cards). Fold the card so that the sequence of stripes were the same (don't show this to the audience).
4
Hide the cards behind your back and divide into two parts (four cards). Put them on the table in front of the audience and demonstrate. The top will be the king and Queen of the same suit.
5
Learning to do that trick with two stripes, you can complicate it by adding jacks and aces. The principle focus will remain the same.
6
A very simple trick with guessing cards. Show a deck of cards to the audience, convince them that this is the most common card. Invite them to choose one card and remember it. The selected card the spectator should be put on top of the deck. Lay the cards like a fan, face up and show the selected map.
7
The secret behind this trick is that you need to memorize the map, which lies at the bottom of the deck. When you put half of the deck over the chosen cards, it will be under that which was at the bottom of the deck.
8
Incredibly effective focus with the appearance of the map. Show the audience the empty hand, and then it will map. The secret of this trick lies in the following. Hold one corner of the card between your index and middle fingers, and the second between the fourth and little fingers.
9
Straighten your palm and make sure the corners of the map are not visible. Bend all four fingers to yourself. With your thumb press the card on the top and right four fingers. The map will appear in your palm.
10
This focus needs to train for quite some time, but the result will justify all your efforts. First, do the movement slowly, when they reach automaticity, accelerate. You must succeed.
Is the advice useful?
See also
Подписывайтесь на наш канал