Lightning storm – the mighty and majestic phenomenon of nature, able to inspire awe with its power. In ancient times lightning was considered a manifestation of supernatural forces, the evidence of God's wrath. However, with the development of science for mankind it has become clear that there is nothing mysterious or supernatural in nature, no lightning. Their occurrence and properties are subject to understandable physical laws. 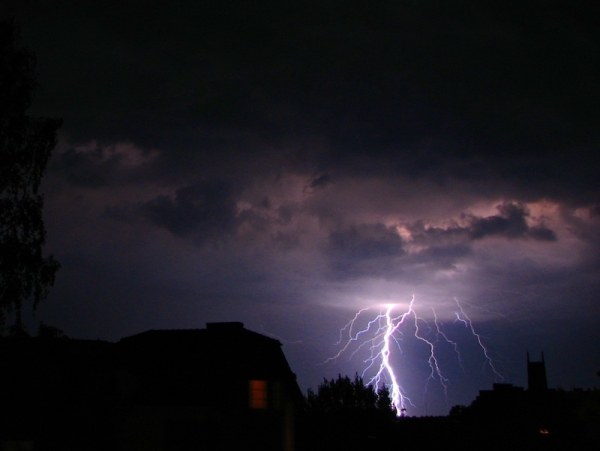 In essence, lightning is just a very powerful electrical discharge. It is similar to what can occur if you actively comb clean, dry hair with a plastic comb or RUB a wool cloth ebonite rod. In fact, and in another case, accumulates static electricity, which is discharged in the form of a bright spark and crackle. Only in the case of a thundercloud instead of a weak crackling sound is heard a clap of thunder.


Lightning occurs when the electrification of storm clouds, where inside the cloud formed a strong electric field. But there may be a legitimate question: why is electrification of the clouds? Because there are no solid objects that could RUB against and collide with each other and thus create an electrical voltage.


In fact, it is not as difficult as it seems. Storm cloud – it's just a huge amount of steam, the upper part which is at an altitude of 6-7 km, and the bottom does not exceed 0.5-1 km above the ground. But at the height of more than 3 km from the surface air temperature always below zero, so the steam inside the clouds turns into small pieces of ice. And these pieces of ice are in constant motion due to air currents inside the cloud. The less ice, the easier they are, and getting into the upward flow of heated air rising from the earth's surface, they also move in the upper layers of clouds.


On your way up these small pieces of ice collide with larger, and each such collision causes the electron. Small pieces of ice are charged positively and negatively. As a result of such movements in the upper part of the thundercloud accumulates a large number of positively charged ice particles and large, heavy, and negatively charged ice remain in the bottom layer. In other words, the upper edge of the thundercloud is charged positively and the lower negatively.


And when large oppositely charged areas are fairly close to each other, between them there is a glowing plasma channel, wherein flock charged particles. The result is a lightning discharge, which can be observed a bright light zig-zag. The electric field of the clouds has a huge tension during the lightning discharge releases massive energy of the order of a billion joules.


Lightning discharge can occur within the thundercloud, between two adjacent clouds or between cloud and earth's surface. In the latter case the power of electrical discharges between the earth and the clouds is incomparably greater, and the power of the electric energy passing through the atmosphere, can create a current capacity of up to 10,000 amps. For comparison it is worth remembering that the current in a normal home wiring does not exceed 6 amps.


Zippers are usually in the form of a zigzag, because flying to the earth the charged particles collide with particles in the air and change their direction of movement. Also the zipper can be linear or branched. One of the most rare and poorly understood form of lightning is ball lightning, which has the shape of a glowing Orb and can move parallel to the surface of the earth.