What is the bomber

In the fashion world all the time there are some new things, styles and direction. One of the novelties, which appeared only in the first half of the last century, can be called a bomber jacket. Today it is very popular among advanced fashionistas. 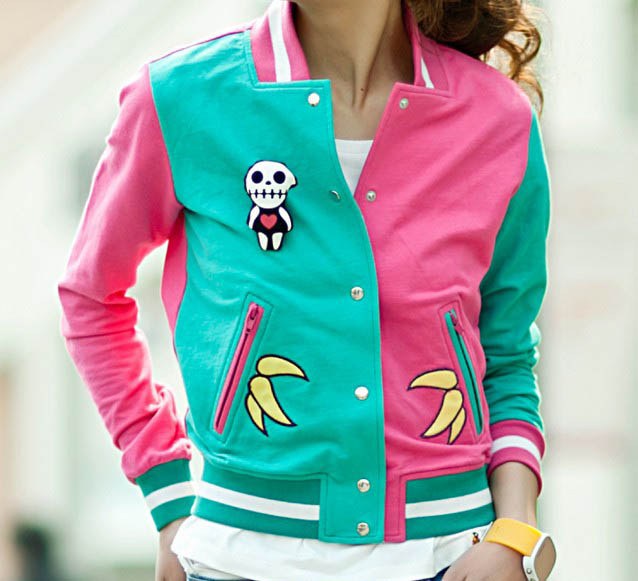 Related articles:
The bomber is called a cropped jacket with a zipper, complemented with knitted cuffs and elasticated hem. In the West, often called bomber or varsity jacket ball jacket. Usually this thing is made of leather, nylon or wool. Width of the cuffs, and elastic this product is about 20 cm Some bombers supplemented by a collar in the form of rounded, slightly protruding insert.

Sometimes in stores you can see the bombers of cotton or other materials. For example, in one of the collections of Dolce&Gabbana in the court of fastidious audience was presented to the bombers of natural silk with bright prints.

The history of the bomber

The first bomber jackets appeared in the early 30-ies of the last century in the United States. They were designed to protect tourists from the cold wind at the airport during demonstrations at the flying club Brothers Douglas in Pennsylvania. A little later the brothers received an order for sewing similar products for the U.S. air force.

Then the jackets were made from the skins of horses, and were especially strong. Articles were decorated with knitted cuffs and belt of brown color. Soon the bombers began to sew the emblem of the troops. Its name jackets owe their first owners – pilots bombers. In the mid-20th century, new models of aircraft, so pilots needed a more lightweight clothing. For this case, brothers Douglas decided to establish the first bomber jackets made of nylon. They are distinguished by a bright orange lining that can attract the attention of rescuers in case of an accident.

In the 60-ies of the bombers started to wear progressive youth, primarily students. In those days, the bombers already were made of wool, and the role of clasps were performed of a button. In that era this thing gained mass popularity, and soon became a symbol of success and elitism.

At the beginning of the bombers was considered solely the subject of the male wardrobe, however, resourceful students-ladies began to wear the bomber jackets of their young people and appreciated their functionality. Soon this thing moved into the category of unisex. The first bomber jackets for women designers began to produce only 10-15 years ago.

At the peak of popularity

Currently, the bombers are considered "uniform" for many representatives of modern subcultures. They can often be seen Ravers, rock artists, skinheads. This jacket is in the wardrobe of the adolescents and the representatives of the older generation. It combines perfectly with jeans and sports shoes. Girls prefer to wear bomber jackets with mini skirts, that looks very juicy.
Is the advice useful?
Подписывайтесь на наш канал