How is the tornado

A Twister or tornado is an air vortex, resulting in a thunderstorm cloud and propagating down to the surface of the earth. A tornado is a narrow funnel with a diameter of hundreds of meters. The word "tornado" comes from the ancient "smyrc" - the "cloud". 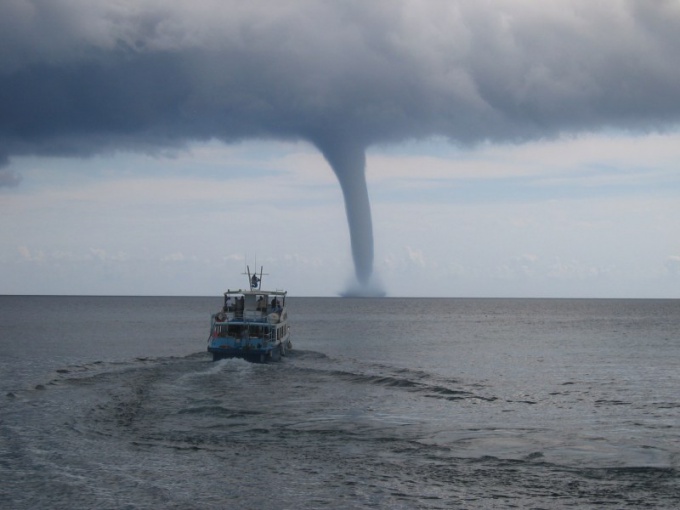 Related articles:
Instruction
1
Causes of tornadoes has not been studied. The factors of occurrence for typical tornadoes. A tornado may appear at the contact of warm air filled with water vapor and cold dry air that forms over cold sea surfaces.
2
At the point of contact of warm air with cold the transition of water vapor to the liquid state, with formation of rain drops. This releases heat, warming the air. The heated air rises up while creating the vacuum zone. This zone starts flowing the warm humid air, the clouds and the cold air of the lower layers. There is a significant release of energy. The process forms a characteristic funnel.
3
Inside the funnel is formed a vacuum of air as the air rises up with great speed. In the vacuum zone into the cold air, which further cools. The funnel descends to the surface of the earth. In the vacuum zone retracts everything he can to raise air flow. A rarefaction zone is moved in the direction from which comes the highest volume of cold air.
4
Destruction in the event of a tornado result from the local release of energy accumulated to form water vapor. Primary energy source is solar heat.
5
The power of the tornado begins to weaken with decreasing amounts of cold or warm moist air. The funnel gradually narrowed, then gradually rises up to the parent cloud.
6
Duration of a tornado varies from a few minutes to several hours. The velocity of tornadoes also vary. Average speed of a typical tornado – from 40 to 60 km/h. on rare occasions the speed of a tornado reaches 480 km/h.
7
In connection with warming the amount of water vapor in the atmosphere over the oceans is constantly increasing. The climate is increasingly continental type with hot summers, frosty winters and little rainfall. Due to these reasons the number of tornadoes and their power will increase.
Note
Tornadoes caused by the collision of warm and cold atmospheric fronts. Most often tornadoes occur in North America. In the U.S. the Florida Keys from may through October tornadoes appear almost every day. This area has the nickname "the edge of water tornadoes". The conditions for the emergence of tornadoes are in Europe, except the Iberian Peninsula, East of Argentina, South Africa, Australia.
Is the advice useful?
See also
Присоединяйтесь к нам
New advices