How to summon lightning in minecraft

Minecraft would not, perhaps, so interesting to his devoted fans, if not sought increasing realism of the virtual world. In addition to a variety of resources and mobs, there exist also different variants of weather conditions - including bad weather. Many players are eager to learn how on a whim to ease some tasks in the gameplay to call some natural phenomena. 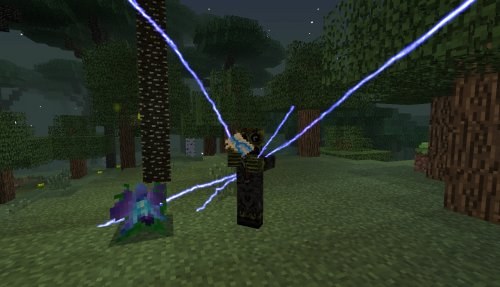 Related articles:
You will need
Instruction
1
If you, for example, a considerable number of other "micropterus", I want to learn the basics of weather control, of difficulties in this endeavor, you actually will not meet. You will only need to learn some commands in the chat that could cause the storm in the right moment of the game. For example, when you wish to provoke the appearance of lightning, remember that it usually occurs during a thunderstorm. To cause the latter, enter in the chat following command: /weather thunder. Further, through the gap in the triangular brackets indicate the number that will denote how many seconds must go on this weather phenomenon.
2
When a thunderstorm will start, be very careful, because the lighting in it will be dimmer than in a normal clear weather day. Accordingly, there will be favorable conditions for spawning in a variety of hostile mobs. Keep your weapons ready at any moment to repel their attacks. Stay away from sparkling bluish light creeper - they got exposed to lightning and was now charged on a particularly destructive explosions.
3
During a thunderstorm it is time to call the lightning. Again you will need to enter in the chat the command you want. This time it will look a little different than the previous one. Write these words: /summon LightningBolt. However, if you have a version of Minecraft below 1.8, when the above action won't work. In this case, you will need to install special mods that are available to every Internet user on the respective websites for software popular game.
4
Will help a special plug - BoomStick. After installing it, you will be able to turn into some sort of Zeus the Thunderer, if you create the wand, spewing lightning. For its crafting, however, you'll need some resources: Redstone dust, wooden stick, gold ingot, very rare material - emerald. Procured all the necessary, place items on the bench in that order. In the Central slot, put a wooden stick under it - a bar of gold, on his left is Redstone dust, and in the rightmost cell of the top row put the emerald. Take the finished rod.
5
If you play on the server, the above-mentioned tool with a high probability to work you will - you won't be able even to create. The reason is the incompatibility of software (plugin BoomStick is able to functionally interact only with some modifications Minecraft). However on many servers you call lightning will help some programmed by their creators options to control the weather. For example, when you play the popular Bukkit, enter the command: /thor - and enjoy the abilities of the caster of natural phenomena.
Note
Wary to some mobs, which was struck by lightning. The charge of the creeper after this "adventure" becomes more powerful, and a resident of the village, suffered a similar shock, becomes a witch. Keep your domesticated pigs from a lightning strike - it's going to transform any of them into a zombie-swietlowka.
Useful advice
Always beware of lightning - no matter, you caused it yourself, or it provoked a storm game (though in the first case it usually hits just the right spot). One fall can deprive you five hearts of health.
Is the advice useful?
Присоединяйтесь к нам
New advices