What would happen if a flying aircraft hit by lightning

The lightning in the plane - quite rare for modern aviation. Usually, according to the instructions of safety, pilots may not enter the plane in storm front. The machine should bypass the cloud to the right or left, but never to fly from below, otherwise the lightning will definitely strike at her. However, sometimes lightning all fall in a plane that can have certain consequences. 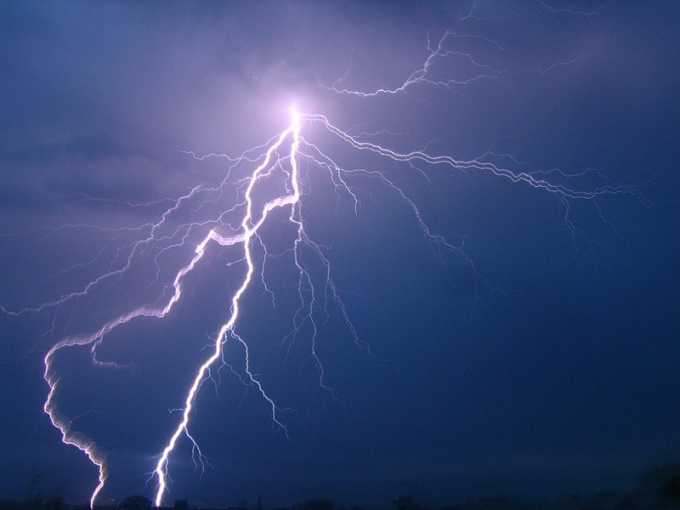 Related articles:
Over the past 40 years due to a lightning strike crashed only 3 aircraft. Although the global statistics show that over 15 years, the use of each aircraft regularly flying, the lightning strikes him at least 15 times. However, such statistics take into account getting into aviacar not only during flight but also during taxiing on the runway or Parking. If such situations and lead to failure, often they are limited to damage to radio and electrical equipment, which on each side is always duplicated.

A lightning strike on the aircraft of the old design, which provides protection against strong electrical discharges that may cause fire on Board, damage to the cladding and even to the destruction or falling of the plane. In such machines it is also possible failure of onboard electronic systems and navigation equipment. A lightning strike directly into the fuel tank of the aircraft of the old design can do will bring them disaster.

However, in modern civil aviation (at least owned by developed countries, including Russia) aircraft do not have the protection from the heavenly electricity, not exploited.

Most of the machinery of modern civil and military aircraft (both Russian and foreign production) has a fairly good protection against electric lightning and in General are adapted for flying in any weather — a lightning strike on such aircraft takes place without any negative consequences.

The safety of the aircraft is provided with electrostatic dischargers. They are usually at the ends of the wings. If the winged machine will be subjected to lightning – arresters will take electricity in the air.

Also onboard electronic systems of the aircraft have good surge protection. They are shielded, which protects against electromagnetic radiation caused by lightning.

When lightning strikes the aircraft do not suffer any of the passengers or crew. Can only be a slight shaking of the car and some time to work smoothly civil electronics.

And yet, despite an effective and complete set of safety, aircraft even the new construction allowed in storm front. And if the plane did hit by lightning during the flight – after landing it carefully look for the safety of the hull plating.
Is the advice useful?
See also
Подписывайтесь на наш канал