How to learn Russian language 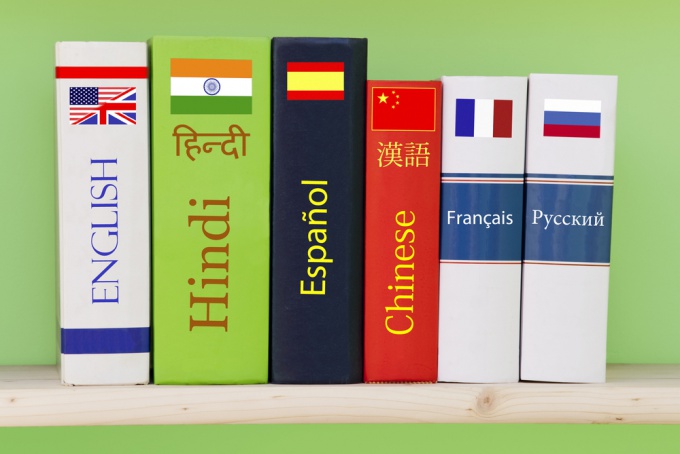 Related articles:
Instruction
1
First, how to begin the study of any languageand alphabet and sounds. There are techniques that immediately begin training with access to the communication. However, you will agree, learning a languagebut still not without some boring stuff. For foreigners especially it is a hard fact that the Russian languageused the Cyrillic alphabet. However, for native speakers of the languageand this step may present certain difficulties. We have a great and mighty not everything reads as it is written, be not deceived. Did we say "milk"? Not at all, listen to yourself, we say "effeminate" or even "mlaka". All these features knock Russian-speaking people up, and start countless problems with spelling.
2
Another important milestone in the study of languageand grammar. Complexity is everywhere - from suffixes and sequences of sounds in the root and consoles to difficulties in learning and understanding the syntax. Many foreigners say that grammar is not important, you should teach them the Russian languageand without grammar. However, it is hardly possible: even if a foreigner learned Russian, communicating with native speakers of the languageand, without proper grammar it Russian language will still be as if half-taught. He is unlikely to reach the level of native speakers of the language. But the bearers of the languageand often err grammatical errors, so please give this section more attention.
3
At the initial stage of learning Russian languageand foreigners usually do not teach spelling. The style also goes much later assimilation of the basic principles, basic rules, a significant reservoir of vocabulary. By the same native languageand does not hurt to thoroughly study the grammar first, in order to improve their status (see, educated people now in the price), and secondly to make other people better than you knew (from the correct spelling and the correct formulation of punctuation often depends on the meaning of the utterance), and style - sure to be stylistically correct, verified texts, especially if it is required at work.
4
Learning vocabulary gradually, usually on the topics (daily routine, food, restaurant and so on). Media, languageand, especially for those who are already finished with school, and with the University, broaden your vocabulary by themselves. In our language, e, a lot of words, good and different, in addition to those which are formed from five obscene roots. Syndrome Ellochka-lyudoedochki of "12 chairs" (remember this character?) - unfortunately, a very common ailment today. However, it is possible to recover, if the medicines to take books, classics and the best modern writers. Tolstoy, Chekhov, Bunin, Kuprin - remember them?
5
Foreigners will help in learning the Russian languageand listening: watching movies in Russian languagewith subtitles, TV shows in Russian languageis Native languageand it would be possible to prescribe indiscriminate testing of literacy as the cure for many of spelling, grammar and punctuation diseases. But for those and for others the most important incentive, the desire to learn and to achieve something. So go for it!
Is the advice useful?
See also
Присоединяйтесь к нам
New advices