How to write a letter to the promotion

The promotion of employees faithfully performing their official duties, provided for in article 191 of the Labor code. As a rule, the most common types of incentives are a diploma, a valuable gift, award or assignment of title. To documented to justify the appropriateness of promotion, the responsible person must write a letter to the head of the companies where a promoted employee. 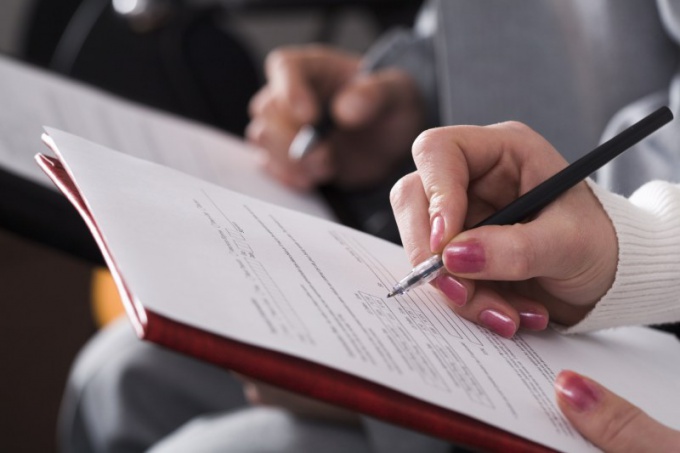 Related articles:
Instruction
1
Determine what type of writing to promote you need to make. This can be a memo, presentation or performance. In a memo to indicate your suggestions on the promotion of the employee. In the presentation give a description of the professional qualities of the award and level of qualification. The characteristics describe the working career of the person promoted.
2
Will issue letter for promotion in accordance with the adopted standard. On a sheet of A4 in the hat write the full name of the enterprise in which the staff member works and the name and position of the head in the dative case: "General Director A. A. Ivanov". Place the letter number and date. Below, specify the form of a letter, for example: representation for promotion, memo for the promotion, feature to promote.
3
Fully describe the position of a promoted employee, enter his surname, name, patronymic. The body of the letter will state all required information: when the company employs the employee, as established in the workplace, was previously submitted to the awards, whether specialized education and certificate courses. Step by step write about the career promotion of an employee, with an indication of each of position of the enterprise and the year when the employee was promoted or transferred to another Department.
4
When describing personal qualities use the basic criteria: stress tolerance, initiative, diligence, ability to work in a team. If appropriate, please describe any characterize of employee labor services, for example, exceeding the plan or win at competition of professional skill.
5
At the conclusion of the letter, specify a motive for encouragement: "For many years of conscientious work and in connection with the anniversary of the employee", or "For the high professional results at year-end", "reducing costs" as well as possible reward: a cash reward, valuable gift, vacation packages and so on.
6
Put your signature opposite the name and position and endorse the letter to the personnel Department or the chief accountant. Then send a letter to the Director. After his hand-written assurances "approve" a letter to promote becomes the basis for the incentive resolution.
Is the advice useful?
See also
Присоединяйтесь к нам
New advices