How to deal with neparastu socks

Socks are bought in pairs, are worn in pairs, but sooner or later it turns out that a fair proportion of them are unpaired. Where does the second sock of a pair and how to deal with it? 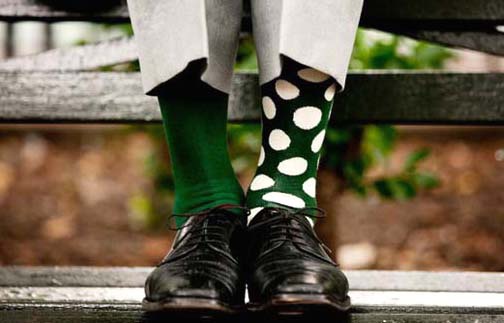 Why the number of socks out of the washing machine is almost always odd, and why spend a bunch of time to sort the socks in pairs, you get a hill "singles"? What happens to the second? This is a key question many people in different countries.

The mysterious disappearance of socks already generated a lot of myths. If you believe them, then: 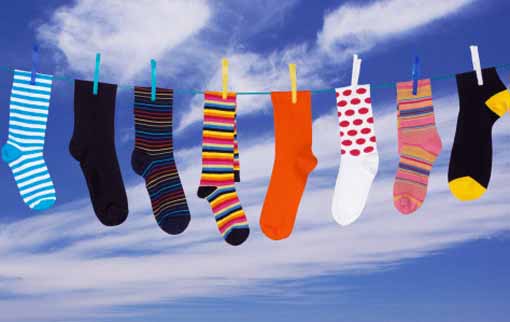 Such a fantastic explanation – weight. This allows you refers to the problem of loneliness of socks with humor, but does not resolve the problem. And what's really going on?

Where is the second sock

The washing machine can really be "responsible" for the disappearance of socks. Between the drum and the skin of the body there is a small gap, through which the drum can rotate easily. And if the machine works with a full load (or overload), large and heavy things can "squeeze out" the small things in the gap, and when draining socks down the drain along with the soap suds. The frequency of such incidents depends on the model of the machine and the load level.

In addition, thin socks can get under the rubber seal of the hatch machine. And sometimes they are forgotten in the drum of the machine during the spin cycle they can hide in the far corners and remain unnoticed while unloading things. In the home these stockings-fans of hide and seek, sooner or later, are, "arising in the machine out of the blue, and in countries where widespread laundromats – forever part with their owners.

But why disappear in the wash only socks? In fact – they are not alone. "Leak out" or be lost in the far corners of the cars can and handkerchiefs, and baby panties, and other "small things". Just keep track of the loss of a handkerchief from the pack much more difficult than the loss of one sock of the pair is the remaining orphaned sock would be too obvious to hint at the fact that the dryer lacks something.

Socks can also completely disappear in the bowels of the vacuum cleaner, especially if any of the inhabitants of the apartment has the habit of removing your socks, throw them around the apartment. If the apartment is still, for example, a playful cat situation is getting worse. In this case, the socks may be under cabinets, under battery, in the far corner under the bed and other unexpected places. They can be found when harvesting – and may be "swallowed" by the vacuum cleaner. And this is one of the common causes of loneliness the remaining socks.

How to make socks disappear in the washing machine: wash safe

If socks are loaded into the washing machine in pairs, and unloaded from there alone to fight this scourge is easy enough. Enough to buy a bag for Laundry – closed bags of mesh fabric specially designed to load in the drum of small things "wholesale", with washed out things are not worse. But the probability of "current" or "hide and seek" is equal to zero: socks wholesale load and unload in bulk, in the same completeness. 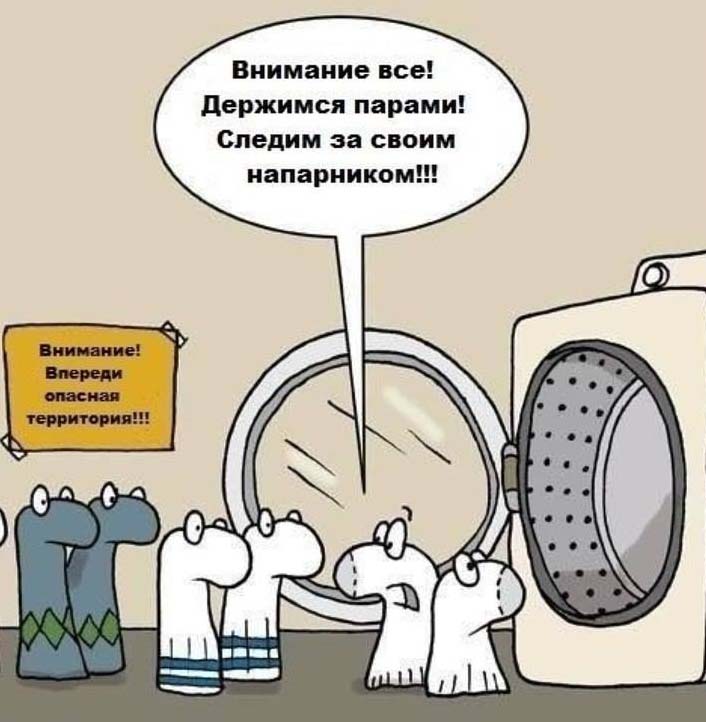 Washing and storing the socks in pairs, the way to meticulous

In hardware stores or online stores you can buy a kit small and light pegs for socksgreatly facilitating sorting. Before washing the socks are held together in pairs, are placed in the drum of the washing machine together with a pin, after which the same pairs are hung on the drying rack with hooks. Folding socks in a drawer, you can also together with a pin.

If the household is disciplined enough to, removing dirty socks, immediately, hold them together with pin and put in the tank – this allows you to get rid of boring, the sort of socks: they always are in pairs, separated for a moment.

Instead of a pair of socks – a large group: a way for lazy and frugal

To rid yourself of the problem of nevernosti socks can deleting use the concept of "pair of socks" as a class. For this we need to buy socks small wholesale, making sure that they were all strictly the same. This is especially effective for men's socks.

Many manufacturers offer socks "cases" from a large number of identical pairs, but you can just buy at the store 10-20 pairs of socks of the same model. And before you start to use them – just throw all the old socks of the same color. If the family has several men with different size feet can be purchased for them the party is different from each other socks (for example, a pack of black and a pack of gray).

In this case, it is possible not to think about how to disassemble the socks – the socks enough to take a heap of the same socks two pieces to wash – just load in the machine all that is. Parity or odd socks in a pile in this case, it does not matter. This, incidentally, allows you to throw away your discarded socks not in pairs, and individually. When the number of toes is reduced to a critical – worn socks thrown out, and instead loaded a new batch. 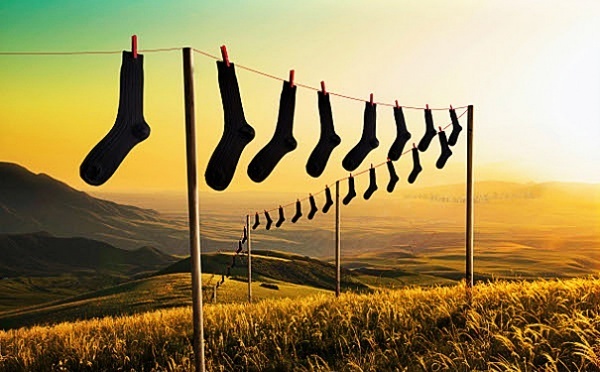 Women's socks are usually more a variety of colors and styles – but they can buy small batches of 2-3 pairs.

Manufacturers of socks in recent years, increasingly offer customers complete sets of fundamentally unpaired socks. It concerns primarily women's and children's socks bright colors, which are sold not in pairs but in sets of an odd number of socks of different but matching colors. For example, in the "Troika" can consist of three socks with the same geometrical pattern, but one of them is red-white, the second red and black and the third black-and-white. And any two will make a harmonious pair.

Wearing different, but matching socks is an easy way to make your image a touch of hooligan. And this does not have to buy special cases, when you buy socks, buy a few pairs with the same pattern in different colors or several pairs of plain socks with contrasting colors and then combine them depending on the mood.