Insulin pump (diabetes-pump, pump for insulin) – a special device for the continuous subcutaneous administration of insulin for patients with diabetes. The device significantly improves the quality of life of people suffering from this disease and avoids "spikes" in blood sugar, and therefore helps to reduce the risks of diabetes complications. Diabetes in children and adolescents – another indication for use of this device. 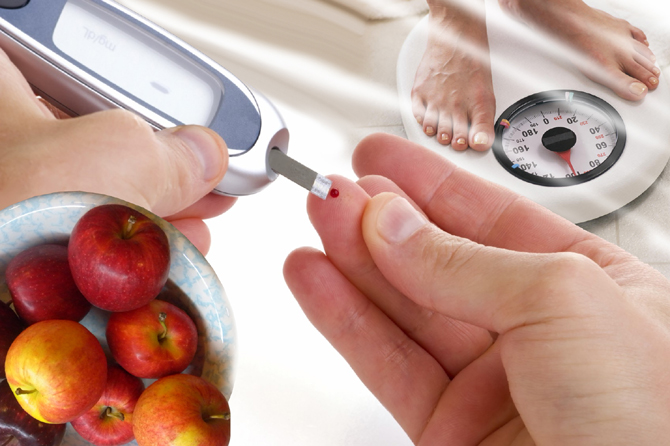 The device is an insulin pump

Pump is quite a complex electronic device that consists of three main parts:

- system of tubes for subcutaneous administration of the hormone. 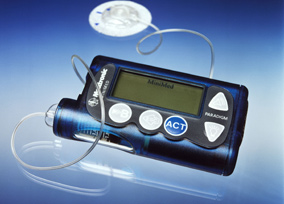 Modern devices are extremely smart and allow you to replace multiple daily injections of the hormone. For pumps used only insulin of short and ultrashort action. Currently available removable disposable sterile cartridges with these hormones, which further simplifies use of the device and reduces the risk of infectious complications. Children with diabetes, when using a pump is able to better adapt to their disease and avoid a number of psychological problems associated with the need for injections. Diabetes in pregnant women - another reason to use the pump at least in the period of carrying a baby.

How does the pump for insulin

Mode basal rates involves continuous introduction of the hormone to maintain its blood concentration at a constant level between meals and at night. In fact, this mode replaces the injection extended insulin that a sick man is obliged to do a minimum of two times a day (depending on the specific type of insulin).

Mode bolus injection replaces the jokes hormone short or ultrashort action in connection with the meal. The quantity of insulin for basal dose and a bolus injection of a man selects himself, leaning on the doctor's recommendation and your lifestyle.

Thus, with the purchase of the pump in humans eliminates the need for injections.

Types of bolus injection and the basal profiles

Modern pumps there are different types of bolus administration, allowing you to choose the optimal mode of therapy depending on the kind of food eaten. For example, if the person takes food rich in carbohydrates, he chooses the "standard bolus", which implies the fastest introduction of insulin, contributing to the rapid return of blood glucose to normal values. If one eats food rich in proteins and poor in simple carbohydrates, it needs to choose a mode "square bolus". In this case, insulin is injected and distributed more slowly and the blood sugar level decreases smoothly. The modern pump, the more modes it has.

For basal rates, there are also different profiles, which allows to change the rate of administration and amount of insulin depending on time of day and physical activity.

The device has a few drawbacks:

- the high cost of pump and consumables;

- possibility of program failure or mechanical damage of the cartridge with insulin or tubes.