Some of us use the subway every day, others rarely, and some even never went. But few of us know, in which cities there is metro, what it looks like when it was built. In this respect there is a lot of interesting facts. 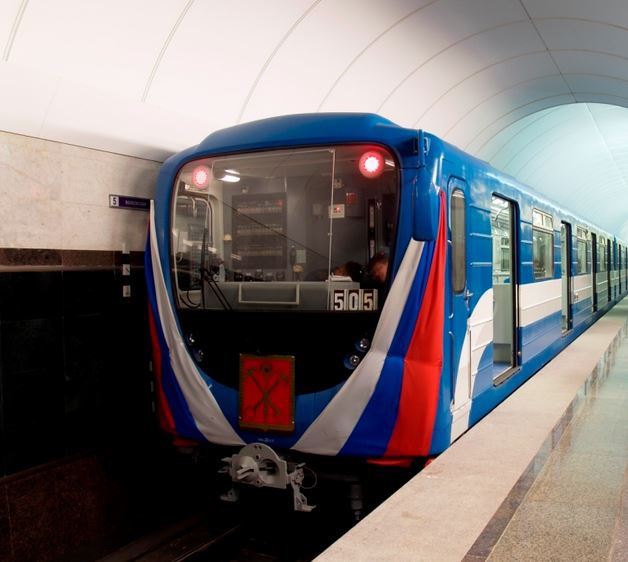 Only in Russia seven existing subway, which is located in the following cities:

The Moscow metro is considered the first in Russia for the length. The first metro line opened on 15 may 1935. Today, the metro system consists of 12 lines, has 196 stations with a total length of 327.5 km cultural heritage recognized by the 44 stations of the Moscow metro. By 2020 it is planned to open a further 78 stations. Per day, on average, the Moscow metro uses 8 million. 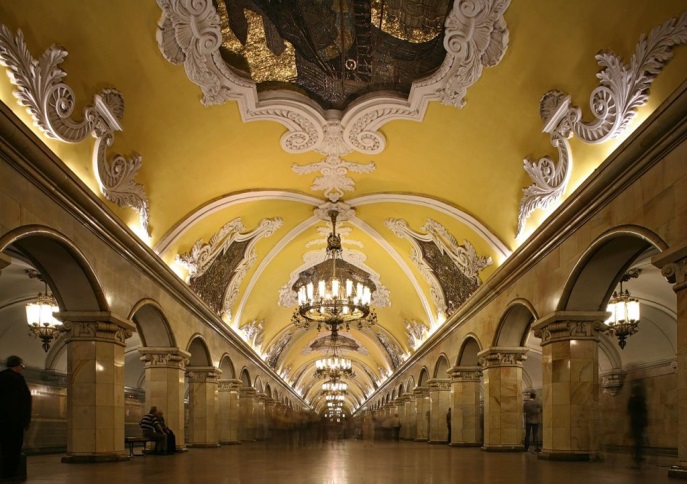 In the transition between metro stations "Rimskaya" and "Ploschad Ilicha" has a real fountain.

At the station "Revolution Square" is set 76 unique bronze sculptures.

At some stations of the Moscow metro, a marble, you can find a lot of extinct prehistoric animals – corals, nautiluses, Ammonites, sea urchins, various molluscs. 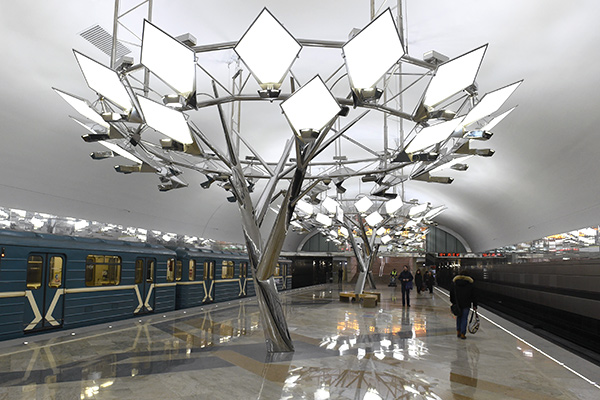 Saint Petersburg metro (formerly Leningrad) was launched on 15 November 1955. Now the St. Petersburg metro consists of 5 lines, which include 67 stations, stretching over 113 km. by 2020 it is planned to open 13 new stations. Many stations of St. Petersburg subway as well as objects of cultural heritage. The average passenger flow per day and 2.11 million. 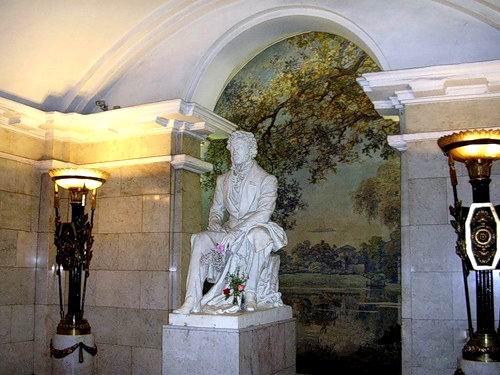 St. Petersburg metro is the deepest metro in the world, the average depth of 70-80m.

In the St. Petersburg subway you can meet just two of the monument to Pushkin - stations "Pushkinskaya" and "Chernaya Rechka". 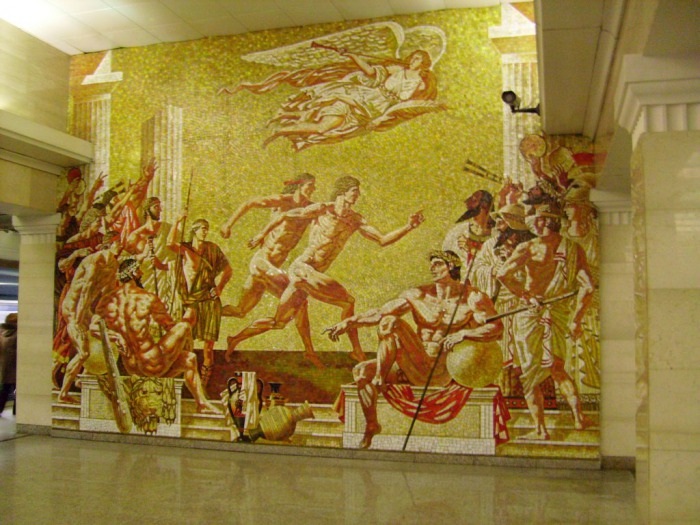 The first subway in Siberia opened on 28 December 1985. Today Novosibirsk subway has 2 lines of 13 stations with a length of 15.9 km, Average passenger traffic 240 thousand people a day. Prospects for construction of 3 metro stations are under consideration. 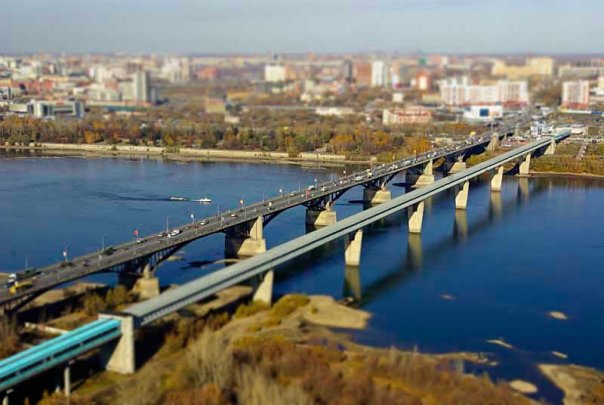 Novosibirsk metro bridge is considered the longest in the world, he stretched out on the 2145 meters and connects the two banks of the Ob river.

In 2005, the Novosibirsk metro was considered the safest in Russia.

Also the Novosibirsk metro has been called the most advertising. In addition to banners and posters, advertising goes in-house television in subway stations and trains. Most cars sold to advertisers and painted in different brand colors. 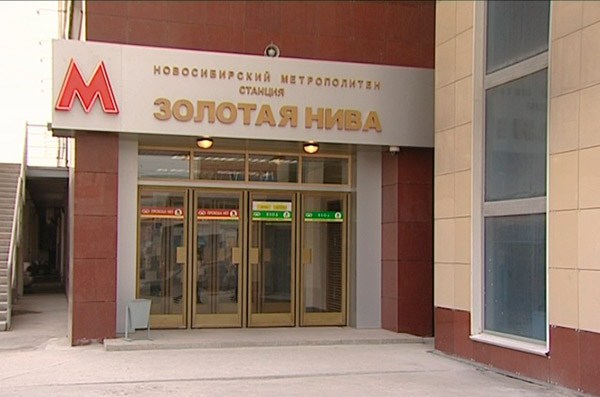 Nizhny Novgorod metro opened on 20 November 1985. Has 2 metro lines, which include 14 (13 underground and 1 ground) stations is 18.9 km long, the Average permeability per day – 120 thousand people. By 2018, plans to open 2 more stations, and in 2020 it is planned to build several stations. Also there is a discussion of the construction of metro line 3, which will consist of 15 new stations. 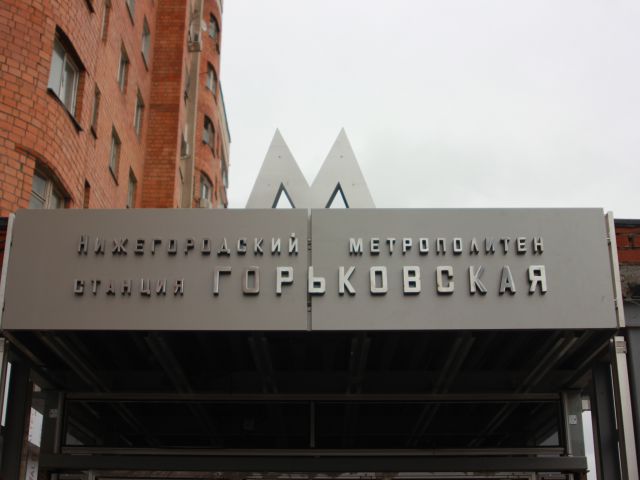 Though Nizhny Novgorod metro and is considered to be small, but here is the biggest station in Europe and CIS "Moscow". Station marble teeth of the Moscow Kremlin.

Station "Moscow" has from 4 directions and is unique, because more like this in Russia. 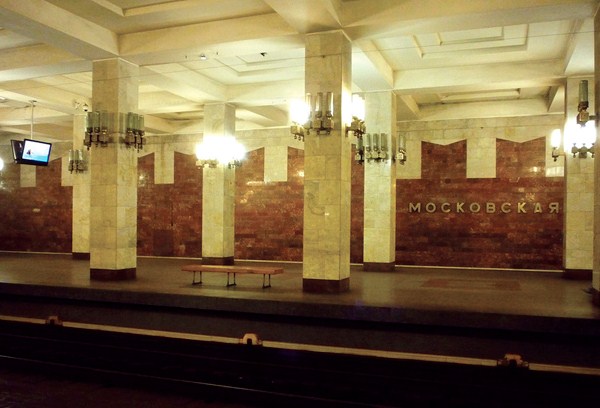 The Yekaterinburg metro is open 26 April 1991. In the subway one subway line, which includes 9 underground stations and a total length of 12.7 km and Passenger - 143, 6 thousand people a day. At this time there is a discussion of the construction of the second metro line, the number of stations and the length is still unknown. 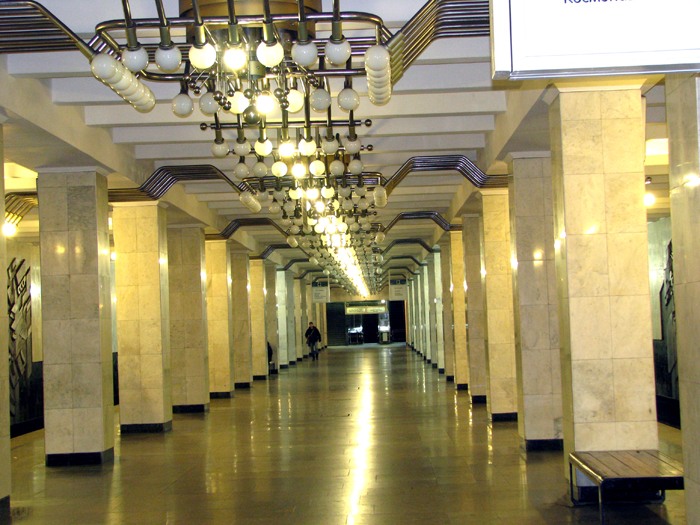 The Yekaterinburg metro is considered to be the shortest metro in the world.

The construction of several stations lasted more than 22 years. Originally planned 32 stations, but construction was halted due to the bankruptcy of Sverdlovskmetrostroy". 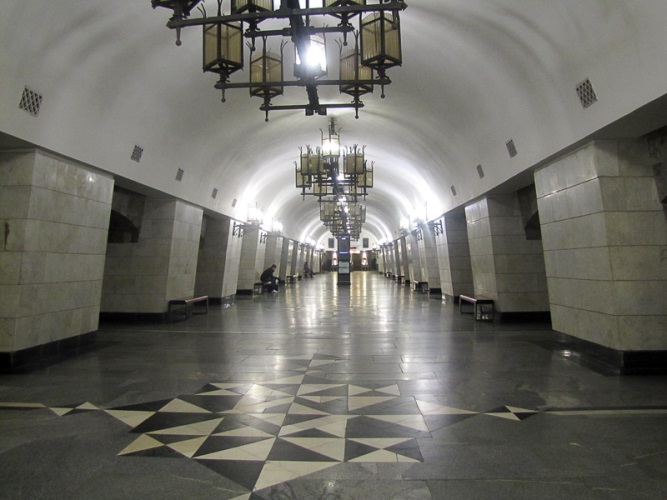 Kazan metro opened recently, on August 27, 2005. Consists of one metro line, which has 10 stations. The length of the Kazan subway around 16 km and the Passenger traffic amounts to 85,7 thousand people a day. Further extension of the Kazan metro is still under discussion. 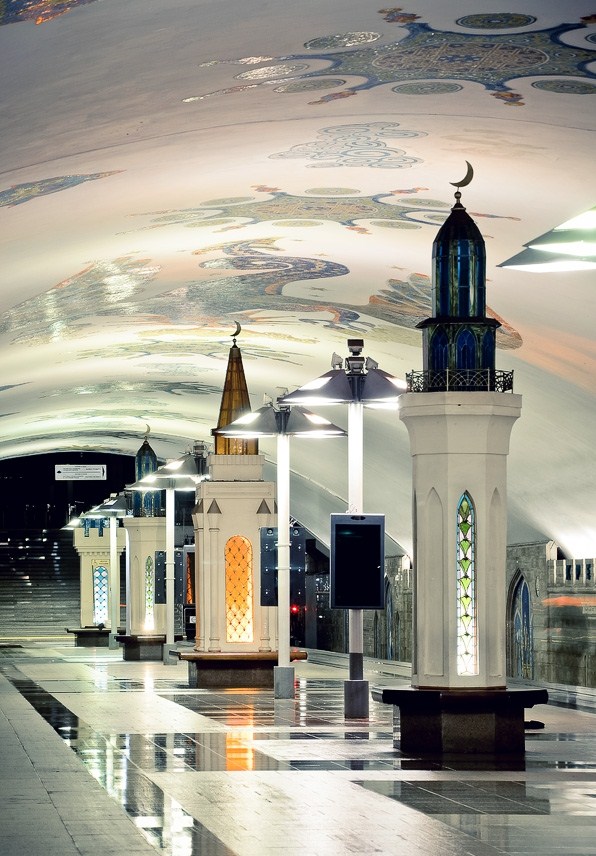 The Kazan metro is considered the subway unattended. Basically they are only tourists, in order to see the luxurious decoration of the stations. For this reason, metro is included in the list of the most clean metro in the world. 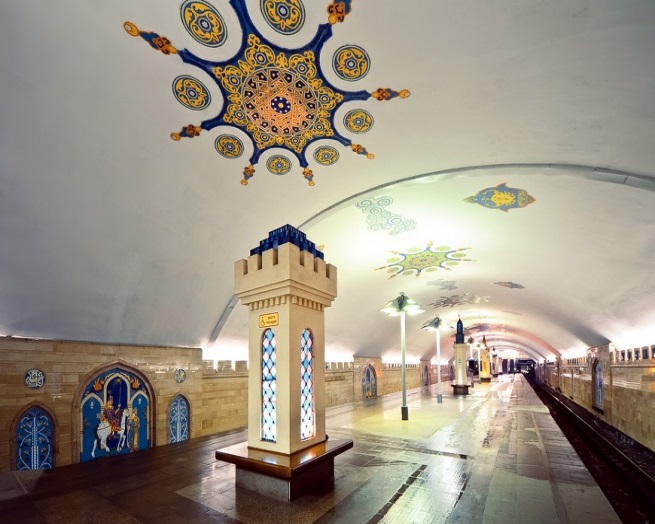 Metro in Samara was opened on 26 December 1987. It's one metro line with 10 stations with a length of 12.7 km per day Samara metro use on average 44.5 thousand people. To 2018 it is planned the construction of three more metro stations. 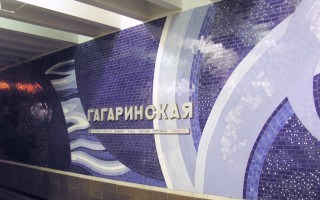 Samara metro is considered the safest in Russia, for all time of its existence there has not been a single incident.

At the station "Alabinskaya" filming the disaster film "Metro". Samara subway played the role of the Moscow metro. 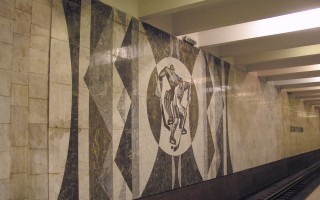 Metrotram Volgograd high – speed tram. System metrotrama includes 22 stations, including 6 stations are underground. The length of all the stations in the 17.3 km (beneath the earth is the section length of 7.1 km). 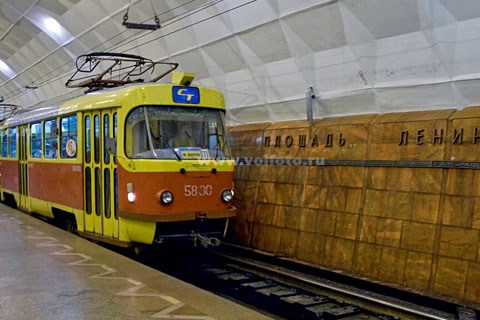 Volgograd speed tram took the 4th place, according to the magazine "Forbes", in the list of the 12 most interesting tram routes in the world. 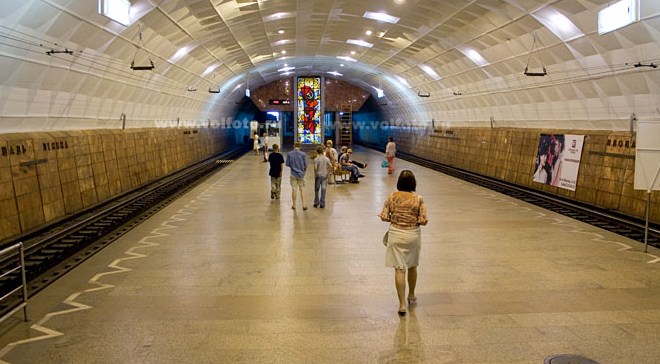 Also in some cities of Russia being built or designed subway lines. Omsk metro is under construction since 1992 Put is the only metro station Biblioteka im. Pushkin. With the support of ex-President Medvedev D. A. the opening is planned for the 300th anniversary of Omsk in 2016

Krasnoyarsk metro here metro was built in 1995-2011, the construction stopped, the prospects for the resumption is not visible.

Chelyabinsk metro is under construction since 1992, will be opened after 2017

Rostov metro's made in the master plan of the city in 2011, started designing.