Why the railway track in Russia is wider

When crossing the border between Europe and Russia on the trains always change the wheels or transplanted passengers in the other composition. The reason is the different rail track gauge, which was installed many years ago. 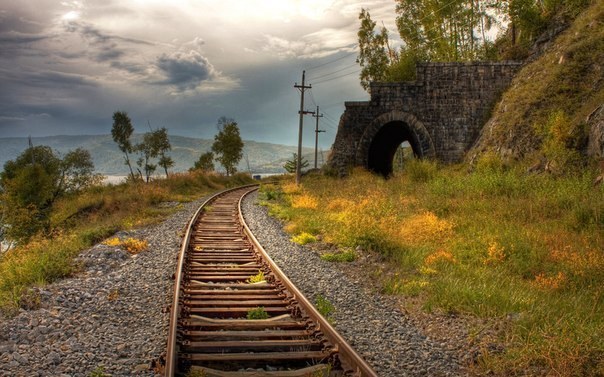 In many European countries, in China and the United States if the size of the train is 4 feet and 8.5 inches, that is 1435 mm. This width was adopted by the engineer George Stephenson to build the first passenger railroad line from Liverpool to Manchester. At that time, the width of the paths were the narrowest of all.

Stephenson is not accidentally stopped on the width 1435 mm to match the distance between the wheels of Roman chariots, and later stagecoach. Well, the first English steam locomotive, as we know, is built across the width of the stage.

Later the project engineer Brinell railway was built by 2135 mm width was Considered that this distance will create conditions to increase the speed of the engine. Across Europe started this mess, associated with tracks of different widths, and the locomotives began to go irregularly. As a result, in 1846 the British Parliament issued a decree obliging all owners of the railroads to alter gauge size Stephenson.

Russian railway gauge is wider than the gauge Stephenson exactly 85 cm and is 1520 mm. However, this size has stopped not at once. The first Russian railroad St. Petersburg- Tsarskoe Selo was opened in 1837, generally had a track width of 1829 mm.

In 1843 the engineer Melnikov designed the railroad Saint Petersburg – Moscow, and laid the track width 1524 mm. In his opinion this size was much more optimal for the speed and stability of rolling stock than Stephenson. In addition, it provided more comfortable accommodation mechanism of the engine and an increase in boiler volume and weight of cargo. Railway track of this size were common in consequence, not only throughout Russia but also in Finland with Mongolia.

There is also a version that is different from the European sizes of railway track were bound to hamper the enemy invasion of Russia in case of an attack on the country.

In Soviet times the track width was reduced to 4 mm, and all the Railways were transferred to the gauge of 1520 mm, which remains to this day, including in the countries of the former CIS. This was due to the goal to increase the speed of trains without their modernization, as well as to increase the stability in the operation of freight trains. In Finland, the track width remains the same – 1524 mm, and in Russia, some subway lines and trams to this day have such a groove width.
Is the advice useful?
Присоединяйтесь к нам
New advices