How many metro stations in Moscow

The Moscow metro is the means of delivery and movement of passengers not only the Russian capital, but the city's suburbs. He's underground and overhead and also is a fifth in intensity of use system of its kind in the world, skipping ahead only the Metropolitan Seoul, Beijing, Tokyo and Shanghai. So how many lines and stations are part of the Moscow metro? 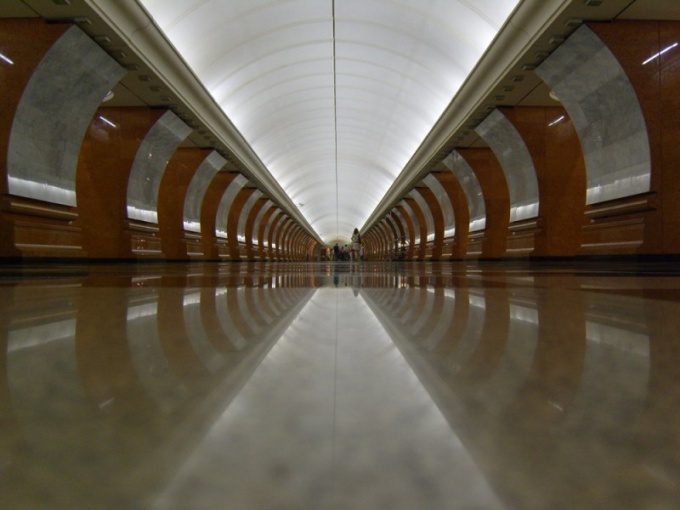 A bit of historical facts

The first station and the line then another Metro named after L. M. Kaganovich were opened may 15, 1935 from "Sokolniki" to "culture Park" with a branch to the station "Smolenskaya".

Renaming of metro named after Lenin occurred in 1955.

But to achieve such performance it has been a long time. The idea of the metro in Moscow appeared the authorities of the then Russian Empire in 1875. According to her subway was to link the railway station, Lubyanka and Trubnaya square, and Marina grove. But then the project was delayed.

Again to the idea of the Moscow metro in Russia back in 1902, 1913, 1916 and 1925. However, various problems, including of a financial nature, are constantly prevented its implementation until 1931, when construction finally began.

How many stations included in the metro capital of Russia?

At the beginning of 2014 in the Moscow subway operated 194 stations and 12 lines. But only 192 of them are in the city, and two "Myakinino" and "Novokosino" - beyond the borders of Moscow.

44 metro stations in Moscow are included in the list of cultural heritage of UNESCO.

Most of Moscow metro stations Moscow, unlike, for example, the Berlin subway is underground, and only 16 above the surface. 76 of them are constructed by the method of deep Foundation.

Connect the various lines 30 hubs metro, and one of them is designed as chetyrehstennoy – "Alexandrovsky sad", "Arbatskaya", "Biblioteka imeni Lenina" and "Borovitskaya."

More stations are fixed by the same standard length – 155 meters or 8 cars with little clearance. This provision was adopted de facto in the start time of erection. But the new stations to be built by 2020, this distance will increase to 162 meters.

The exception was only the Filyovskaya line, which was originally conceived for transportation of the ruling elite of the country – the station only took the train of 6 cars, but after the development of this direction they were elongated.
Is the advice useful?
See also
Подписывайтесь на наш канал