How to navigate in Moscow subway

Moscow metropolythene is one of the most unusual and interesting forms of public transport. Some argue that it is simply impossible to get lost. Others believe that to get to your destination and get out of the subway - an impossible task. And all this despite the fact that literally the entire metro is equipped with information signs. So how is it possible to navigate in the subway? 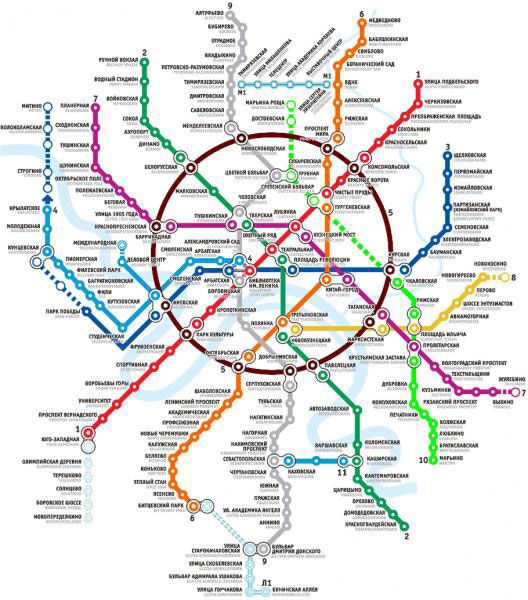 Related articles:
Instruction
1
If you visit the subway infrequently, then first you need to decide how you will go to the desired station. To do this in the lobby of the subway right at the entrance is a large booth with an actual map of the Moscow metro. Define it, where is your location. Once you locate the station, which will go. According to the scheme determine what is branches, and the best options direct. And only after that go directly in the subway.
2
Inside you will also help the pointers. On each transition (if the docking station) hang a Bulletin Board, telling about what there is in this thread. So you will be able to clearly understand where you to change.
3
On the platforms too, there is information that is already divided into two parts. One indicates the left side of the platform and describes in order the ones that exist in this way. The right side shows another sign with a description of the stations in the other direction.
4
Also help there are special stands, placed on the wall of the platform (where the trains stop). On it the station specified in the order in which they are heading in the direction of motion of the train. And there is information about which stations you can change trains on a particular branch. All this should help you easily develop your itinerary in detail. And if you follow all the tips information system of the subway, get lost in it almost impossible.
5
Also you will serve and plates, which are placed over the transitions from station to station. With them you can determine where you need to go down to jump out of it. Even in the subway there are signs of stair slopes and escalators, which determine where and how to move the human stream, so as not to create traffic congestion.
Useful advice
Remember that the metro scheme there are in each train car. So there you can also regularly consult with his route, so as not to miss the station you want.
Is the advice useful?
See also
Присоединяйтесь к нам
New advices