10 of the deepest metro stations in the world

Metro – the most convenient form of public transport in the largest cities of the world. Statistics are constantly ratings of various indicators of the metro. Long defined the long and short lines, the metro with the highest and lowest number of stations. Even trying to determine the most beautiful subway. 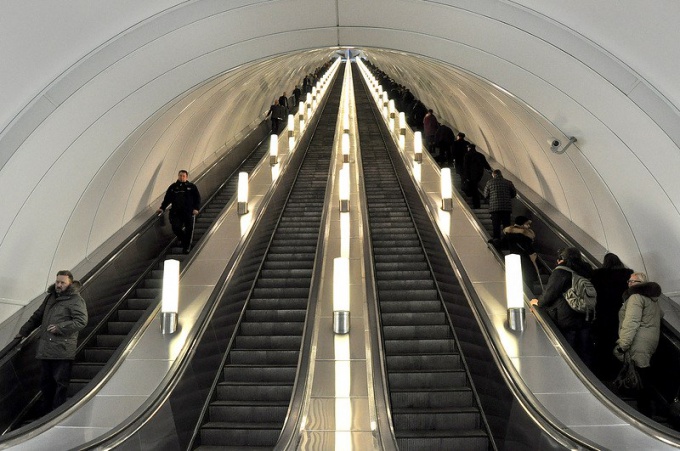 The deepest metro in the world is Saint Petersburg. So here are six stations in this city. Based on the statistics we can compose the following list:

1. Station "Puhung, Pyongyang. The DPRK is a very closed country. Therefore difficult to verify the accuracy of the numbers, but according to the experts, the depth of the station is 120 m, and some stretches of the subway of Pyongyang – 150-m Station in the city was built with the purpose of the organization of shelters in case of war. This explains the incredible depth. Thanks to the colorful marble panels, "Pehong" is still in the 15 most beautiful subway stations in the world.
2. "Arsenal", Kiev. Kievskaya metro station is located under the hill, which complicates the measurement of its depth. According to estimates it is about 105 m. the Station design in white and pink marble, was opened in 1960.
3. Admiralteyskaya, St. Petersburg. Closes the three of leaders with a depth of about 102 m. It was opened quite recently – in 2011. The design of the station is made using a nautical theme and is dedicated to Russian naval commanders.
4. "Victory Park, Moscow. The station, commissioned in 2003, has an impressive depth of 84 m. the Walls, decorated in the style of military subjects, tell immediately about the wars of 1812 and 1941-1945.
5. "Washington Park, Portland. With a depth of 80 m station the top five leaders. Commissioned in 1998, it is celebrated in all the guidebooks as the deepest in the United States. There is also the feature to platforms not suitable for electric trains and high speed trams.
6. Komendantsky Prospekt", Saint Petersburg. Opened in 2005, has a depth of 75 m. for the First time the subway of St. Petersburg in the wall covering has been used a sintered plate.
7. "Proletarian", Saint-Petersburg. Opened in 1981. Depth is about 72 m. a Stately, almost solemn atmosphere achieved through the use of high quality marble and granite.
8. "Lenin Square". Saint-Petersburg. Opened in 1958, a Depth of about 71 m, the themed associated with the return of Lenin from Finland.
9. "Seaside", Saint-Petersburg. Opened in 1979, the Depth is 71 m. Decorated with high reliefs of ships of the Russian and Soviet Navy. The design emphasizes the closeness of the Baltic sea.
10. "Chernyshevskaya", Saint Petersburg. Opened in 1958, a Depth of about 71 m. the First station in St. Petersburg, in the design which was not used chandeliers and lamps. Instead, it was selected zakarniznaya lighting.

Every country wants to become itself, even in the depth of the location of the metro stations. Therefore, accuracy is not always the case.

Subway is one of the rarest ways to move the world. Only a little over 100 towns acquired this underground mode of transport. They are mainly located in Europe and the two Americas. In the territories of Africa and Australia there is only 2 metro – in major cities Cairo, Tunis, Melbourne and Sydney.

The oldest is the London underground. It was launched November 4, 1890. The length of the subway was 6 km. it is Noteworthy that the first passenger was the Prince of Wales Edward VII.

Most stations in the world has the new York Metropolitan – 468. The length of all its lines to a total of almost 1,400 km.
The cheapest the North Korean metro is considered – the cost of the trip is just 3 us cents, the most expensive in London.
Is the advice useful?
See also
Подписывайтесь на наш канал