How many Russian cities, which have metro

The world's first subway was opened in London in 1863 and consisted of 5 stations. Since this type of transport spread across the world, and has undergone significant modification. Appeared in the USSR in 30-e years, metro is still an important and integral part of the transport system in several cities of Russia. 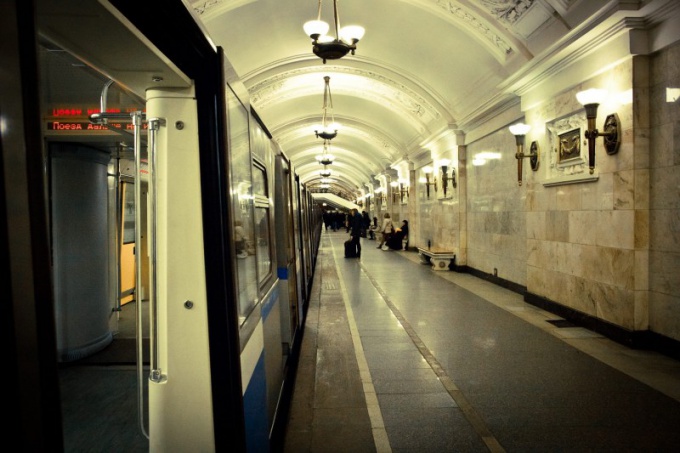 Related articles:
Various sources indicate different data about how many of all metro stations working in Russia is due to the fact that the old station closed, new, and future plans are often made for existing schemes. At last count, in all cities of Russia now operates 316 stations in the subways of the seven cities.

The first metro in the USSR was built in Moscow and opened in 1935. The first line connected the station "Sokolniki" and "Park Kul'tury" branch to the "Smolensk". At the moment the Moscow metro consists of 12 lines, which are located on 194 stations. The total length of lines – 325 km.

Despite the fact that St. Petersburg (then Leningrad) metro was officially opened in November 1955, the first project of its construction was submitted much earlier Moscow – in the 19th century. But for a long time were the reasons that prevented it to build – first, insufficient technical equipment, then the war.

Currently in Saint Petersburg there are 5 metro lines, including 67 stations and a total length increase of 113.6 km.

Following chronology of discovery became the Metropolitan of Nizhny Novgorod, launched in 1985. The number of stations and the total length of lines of the Nizhny Novgorod metro is far behind Moscow and St. Petersburg – a total of 14 stations and 19 km.

A feature of this system is its small depth. Only two stations – "Moscow" and "Gorkovskaya" – equipped with escalators. The metro has only two lines, but there are prospects for the expansion of the subway to the World football Championship – 2018.

Fourth, Russia has become the Novosibirsk metro. It was opened in 1986 and is still the only metro in the Urals. In his Arsenal 13 stations – two lines with a length of 16 km.

December 26, 1987, the opening of the metro in Samara. At the moment built only one line consisting of 9 stations and a length of 11 km the Whole line, you can pass just 20 minutes.
However, the prospects for the construction of two more branches at 12 and 9 stations, respectively, and the extension of the first.

In Chelyabinsk for many years is the construction of the subway, but still has not built a single station. This led to many jokes on the theme that, "apparently, is too deeply buried".

By the way, in Samara underground were filmed some scenes from the movie "Metro".

Metro in Yekaterinburg (then Sverdlovsk) was recently discovered in the Soviet Union, it happened in April 1991. At that time, the subway consisted of only three stations. Now in Ekaterinburg 9 stations located on one line with a total length of 13.8 km.

It is not known whether it is true or not, but it is believed that the Metropolitan of Yekaterinburg after its opening, was introduced in the Guinness book of records as the shortest reigning metro network in the world.

The longest and most extensive in the number of subway stations in new York, it consists of 468 stations and 337 km.

The youngest in Russia, metro – Kazan, it was opened in 2005 in honor of the Millennium of Kazan. Originally it consisted of 5 stations on the line length of 7 km there are 10 stations on the 16 km of track by 2018 it is planned the opening of a new branch of the 18 new stations.
Is the advice useful?
See also
Присоединяйтесь к нам
New advices