Some of the plaster bandage applied for fractures

A fracture is a partial or total breach of the integrity of the bone. Proper immobilization of the affected area is the most important principle of fracture treatment. There are several varieties of plaster bandages. 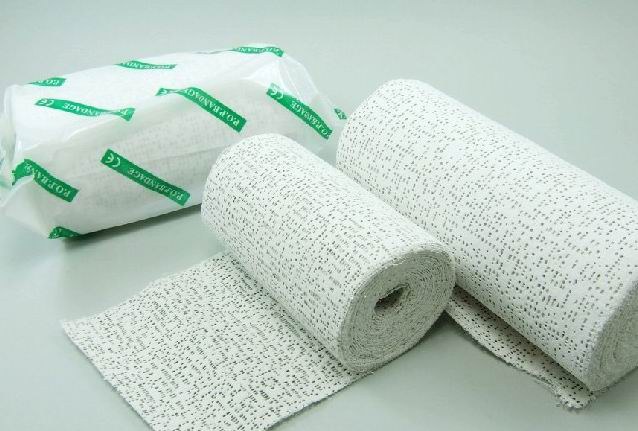 Related articles:
Instruction
1
According to the type of application of the plaster bandage can be Besplatnie and lining. Besplatnie are applied directly on the skin, and only the bony protrusions covered by a thin layer of cotton wool. This gypsuming can lead to pressure sores and pinching of the soft tissues, so often apply backing plaster bandage. For their applying on the affected limb, wearing an elastic bandage, and then cover it with a layer of wool and the usual bandage. On a soft basis of a plaster bandage.
2
Depending on the form of bandages that provide: longyou, circular, longato-circular, plaster corsets and plaster bed.
3
Longerie plaster bandage is widely used for the immobilization (immobilization) of limbs in the treatment of simple fractures. Before gypsuming the doctor forms a plaster trough that covers half or a third of the width of the limb, and then plaster strapped conventional soft bandage. Longerie bandages are good that allow you to avoid complications arising from swelling in a limb after trauma.
4
Circular plaster bandage used for the treatment of complex multisplintered fractures or certain diseases of the joints. This bandage covers a limb around the entire circumference and it fixes securely in position. Often in the gypsum penetrate the Windows, to be able to monitor the status of the affected limb or doing the puncture. Usually used the lining circular bandage.
5
Loreto circular bandage used for the treatment of complex injuries of the shoulder, femur, intraarticular fractures and diseases of large joints. Such a cast is partly from the splint, circular bandages and a corset.
6
The plaster corset is layered to treat injuries of the spine or tuberculous lesions. The corsets are of different sizes. When damage to the cervical spine corset needs to fix the head, neck, shoulders and chest. When spinal injury in verhnegrudnom Department need to fix the chin, the back of the head, neck, thorax, abdomen and pelvis. Trauma of the lumbar spine corset needs to grab the chest, abdomen and pelvis. Such a bandage is applied in a standing position, and all the time of treatment, a person can walk.
7
Gypsum bed is used to treat severe fractures of the spine and covered from head to mid thigh. Gypsuming is performed in the supine position. First, the patient is placed on the abdomen and cover the head, torso, hips, two layers of gauze. Then stack the first layer of gypsum and it is well modeled that it follows the shape of the trunk and spine. Similarly, plaster applied 5-6 layers. As soon as the bed dries up a bit, it is removed and trimmed, for example, do the clipping in the area of shoulder joints, buttocks. Dry bed for 5-6 days. Then she placed the patient.
Is the advice useful?
See also
Показать еще
Присоединяйтесь к нам
New advices