How to replace antifreeze

Regular replacement of antifreeze needed to maintain the normal operation of the machine. It is important to know what to replace the coolant every 45 thousand kilometers of the car. Then your engine will continue its work in standard mode, will not corrode and overheat. Also, this procedure is recommended 1 time per year. The fact that special additives in the liquid, preventing the destructive processes, over time, lose its protective properties. And when that happens, the radiator and the engine begin to break down under the action of electrolytic corrosion. 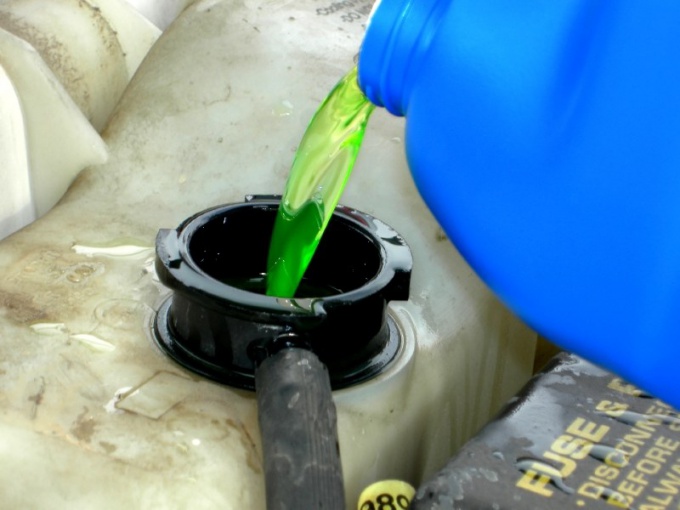 The definition of quality antifreeze

Testing antifreeze is made using special strips. Usually they are sold together with the liquid and have a special scale. If dipping the test strip into the liquid, it will change color and then you can determine the condition of the antifreeze and identify the need for its replacement.

Special attention should be paid to engines, consisting of aluminum parts. In order to protect the engine, should prevent signs of rust (even basic) on the aluminium parts.

Replace the antifreeze with your hands

Performing works by independent replacement of antrepriza, you need to remember that it is toxic. Therefore, the place for such work should be kept away from children and Pets. In addition, it is important to strictly observe necessary safety regulations, which are not allowed to discharge the waste coolant into rivers, lakes and streams and close to water sources - columns, wells, etc.

Antifreeze is allowed to change only on a cold engine. To perform work on a hot engine is very dangerous. So, remove the radiator cap and then open the drain cover, pre-setting under it a capacious bucket. Then drain the antifreeze. Inspect the system hoses for breaks and cracks. If necessary, replace the hoses.

Before filling with new antifreeze, flush the cooling system to eliminate grease, rust and various deposits. There are special tools for flushing a coolant system. Pour the entire bottle of this means to the radiator and then fill it in the tank and demineralized or deionized water to the brim. Close the lids.

Turn to maximum the engine and the stove. Wait until the engine reaches operating temperature and then turn it off and let it cool. Remove the caps from the radiator and drain the fluid.

Pour in the cooling system normal water, close the lid and turn the engine for 15 minutes. Then again let it cool down completely. Drain the water from the system and then refill with new antifreeze.

Pour it in accordance with the recommendations of the manufacturer. Allowable concentration of antifreeze in the cooling system should be no more than 70%, and the optimum is 50% water and 50% antifreeze. After it fills turn at maximum torque, and heating in the car. It is necessary to distribute the antifreeze throughout the system and removing the air bubbles.

After a few days of driving the car check the available level of antifreeze in the cooling system. If necessary, fill to the desired mark.
Is the advice useful?
See also
Подписывайтесь на наш канал