Where poured the antifreeze 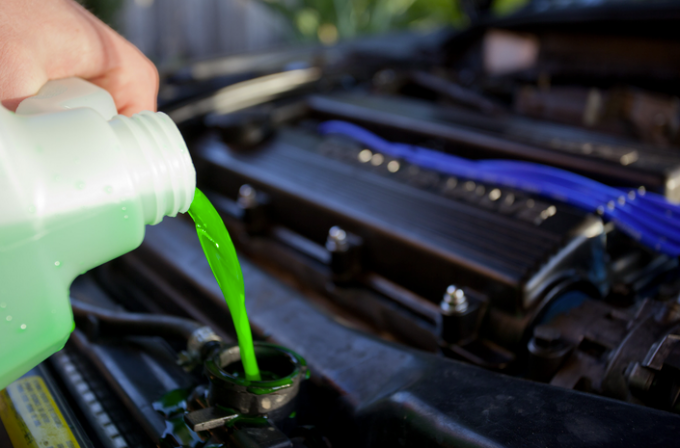 Related articles:
You will need
Instruction
1
Pick up the antifreeze or ANTIFREEZE in accordance with the specification for lubricants and fluids for your car. Do not select coolants by color. Before antifreeze was really classified by color, currently it is nothing more than a marketing ploy manufacturers.
2
Start and operate the engine for 5-10 minutes. Slide the controller compartment heater in heating position, he should remain there during the whole procedure of replacing the coolant.
3
Drain all old coolant from the system. To do this, rotate the surge tank cap or a radiator to lower the pressure. Do not perform work when the engine is hot because cooling system is in a state of high pressure and when you open the valve the inevitable release of hot fluid. After fully Unscrew the cap. Open the drain valve at the bottom of the radiator and drain the antifreeze.
4
Fill the system with distilled water or washing liquid, having closed the drain valves. Don't forget that you can not pour cold water into a hot motor. Tighten the tube. Run the engine for 5-10 minutes to pump the cooling system. Repeat the procedure draining fluid. The need for repeated flushing identify as drainage water: it must be clean. Can pre-rinse with tap water by inserting a hose to the input to the system and feeding water under pressure. And then finally clean with distilled water or wash fluid with the engine running.
5
Pour the new antifreeze into the neck of the radiator and expansion tank. In the case of nonseparable radiator liquid is filled only into the tank. Don't confuse surge tank with obywatelem! Follow the fluid level. In the radiator it needs to be lower cut neckline in the tank - between the marks of minimum and maximum, but at the first gas station you can fill to the maximum, because the liquid will fill the cavity system, the level in the reservoir will fall.
6
Bleed the air through the screw/tap on the engine block until the appearance of liquid droplets. Tighten the faucet until it stops. Again, run the engine, check the antifreeze level, if necessary top up.
Note
Replace the antifreeze every 2-3 years because it gets old and loses its properties. Do not mix different brands of coolants, it is unknown what kind of reaction they will give when interacting. Can form harmful to the working substance and precipitation that can bring down the pump, clog the cooling system. The result is an overheated engine in need of overhaul.
Useful advice
Antifreeze is realized mainly in two types: concentrate and diluted. If you purchased a concentrate, you dilute it in the ratio 1:1 - quart of antifreeze per liter of distilled water. But pay attention to the manufacturer's recommendations concerning the desired proportions for dilution of concentrate.
Is the advice useful?
See also
Подписывайтесь на наш канал