How to replace antifreeze in a Nissan

Technology change antifreeze - coolant – in car brand Nissan is quite simple. Through the drain holes located in the radiator and the engine is completely drained of old fluid, and in its place filled with new. 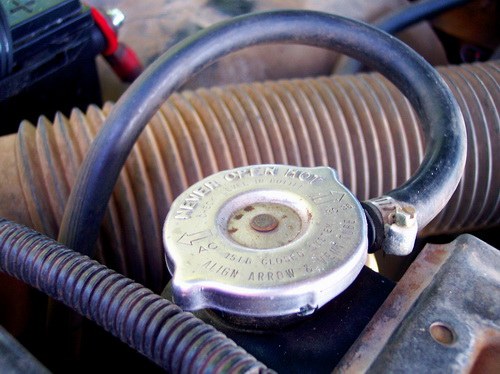 Related articles:
You will need
Instruction
1
Place the car on the overpass.
2
Drain the antifreeze from the radiator. To do this, Unscrew the plastic plug located on the radiator using a Phillips screwdriver.
3
Substitute under a radiator the bucket and let the fluid. To better flowed with the filler hole of the radiator should also remove the cover before you Unscrew the drain plug. However, be careful – the lid can spill hot antifreeze.
4
Pay attention to the fact that after having done the engine is still a certain amount of liquid. This residue can be drained through a hole that is in all Nissan models located on the engine itself.
5
Pour washing water at the top thick hose that runs from the radiator to the engine. Gradually, in small portions pass through the hose about ten litres in total. Until the engine has drained all the coolant, the water will have the color of antifreeze. Should I flush the engine, until it becomes transparent.
6
Pour distilled water, its volume should be about one and a half liters. Rinse the engine is already proven method. There ready pour over a liter of antifreeze and run all the way until it drains from the drain.
7
Free from residues of used antifreeze expansion tank. Drain the coolant via the hose that connects the tank with the neck filler hole of the radiator.
8
Fill the tank with water the same way once spilled out all the antifreeze. Release it out through the hose. After the process is over, return the hose in place.
9
Fill in new antifreeze the whole system. First pour the antifreeze into the engine. In the cars Nissan to fit about three liters.
10
Pour coolant in the filler opening of the radiator by loosening the drain bolt, which serves to release excess air. In the Nissan it is in the highest point of the system. Note that in models of cars of this Japanese brand, unlike others, is not necessary to remove the decorative cap from the engine to open the drainage.
Note
In addition to distilled water, to clean the system from old antifreeze will help flush special tools.
Useful advice
When the radiator is filled with coolant completely, pour a little antifreeze in the expansion tank and start the engine, leaving the drain hole open. So run the coolant throughout the system. The whole procedure should last about twenty minutes.
Is the advice useful?
See also
Присоединяйтесь к нам
New advices