Can I mix antifreeze of different brands

If you longing to experiment mixing different types of antifreeze, always remember that violating the stable operation of the cooling system, you violate the temperature regime of operation of the engine. Make the right decision. 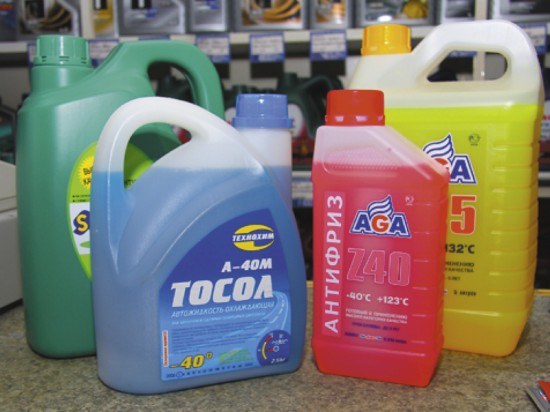 Coolant is an integral part of the cooling system of the car. It provides effective heat removal and maintains the engine operating temperature to the extent necessary.

Many motorists faced with such concepts that characterize fluids as "antifreeze" and "antifreeze". To be clear, the fundamental difference between these liquids is not. "Antifreeze" is, in fact, Soviet commercial name antifreeze. As a rule, is somewhat cheaper.

To understand whether it is possible to mix antifreeze of different brands, we shall understand in its composition. The main ingredient of antifreeze is ethylene glycol, it has the chemical formula C2H6O2 and is a dihydric alcohol. In addition, the antifreeze contains other substances with additional features, a different additive. They have a lubricating and foaming properties and are designed to protect the cooling system of a car from rust and oxidation.

In the lives of many motorists always waiting for an unpleasant situation. For example, you bought a car, however, asked the former owner about the name used in the antifreeze and at the most inopportune moment show a decrease of its level to critical. Entering the shop you see in the Windows of countless brands of antifreeze and are wondering about the possibility of their mixing.

In fact, clearly answer the question about mixing different brands of antifreeze not. The world is full of positive examples where several types toolow continued to perform in the system, their direct functions. However, all may end pretty sad. Yes, the main "element" of antifreeze is ethylene glycol, however, its manufacturers are trying to make your product or better quality or, alternatively, more accessible to consumers. Therefore, they give cooling liquids by means of additives of various useful properties and in completely different degrees. Any additive is the mass of chemical compounds. Therefore, in order to really safe to mix several types, it is necessary no more, no less to have a degree in chemist and to foresee the emergence of serious reactions.

Thus, it is more correct to say that mixing different brands of antifreeze is not recommended if you do not wish to receive the opposite effect and endanger the vehicle system. For this reason, always carefully and carefully approach the selection of the coolant, pay attention to additives. In addition, it is important to change the fluid, because over time it loses its properties.
Is the advice useful?
Присоединяйтесь к нам
New advices