Shilajit, or mountain balm is a substance of natural origin, which has a truly miraculous properties. Scientists are divided in the debate about the origin of Shilajit. 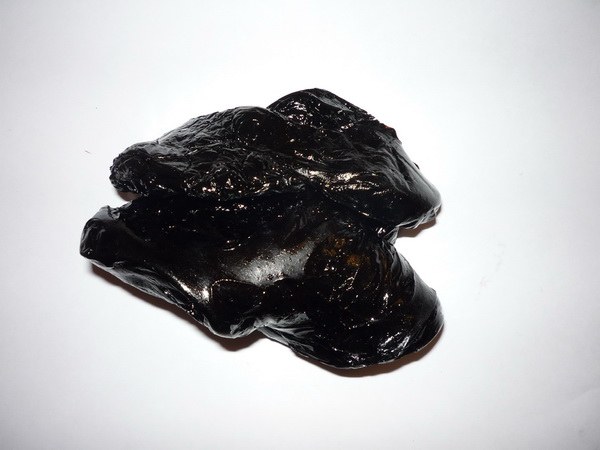 Related articles:
Some scientists who study the matter believe that Shilajit is one of the types of geological rocks. Others suggest that Shilajit has occurred in the synthesis process the waste products of animals, wax, and various natural resins and residues of plants.

Find Shilajit in the form of frozen waves on rocks in mountainous regions of Caucasus, Pamir, Altai.

Quality of Shilajit is a very dark elastic substance, which is readily soluble in water and nearly not soluble in alcohol. The peculiar scent of the mummy – bitterness with a spicy undertone. On the air, it loses moisture and becomes hard. Shelf life is unlimited.

Healing properties of Shilajit have been known since ancient times. Currently, the list of diseases that are treated with medicines based on it, is very large.

In 2000, the Pharmacological Committee of the Ministry of health of the Russian Federation adopted a resolution to authorize the release and application in the treatment of drug "Extract, Shilajit dry." It began to produce in the form of tablets to 0.2 g. Today it is used in the treatment of patients in the postoperative period as a General tonic.

In ancient near Eastern countries, the quality of Shilajit was determined by length of coalescence of bone fractures in small animals. Shilajit was dissolved in rose oil and applied this mixture the fracture site. If the bone has grown together during the day, mummy was admitted authentic.

Features of action of substances

There are some nuances that you need to know when taking Shilajit. Possible deterioration of the General condition of health during the first three to five days. When such a phenomenon occurs, one should take into account the patient's age and the nature of his disease, but to stop the course of treatment should not be better to adjust replacement therapy. After taking the drug should be reduced physical activity and lie down quietly for half an hour.

In General, prescribes course of treatment and the dose of a doctor. To self-medicate with drugs Shilajit is not recommended. Possessing stimulating properties, Shilajit affects the process of cell division in the body, however, the drugs may not have the pathogens of cancer tumors. Contraindications recognized only for pregnant women and breastfeeding mothers.
Is the advice useful?
See also
Присоединяйтесь к нам
New advices