Where and how is mummy

Shilajit is a mysterious substance, given to us by nature. About the healing properties of mumie say a lot, but few know where and how it is extracted resinoid substance. And it is produced high in the mountains where very rarely ventured. 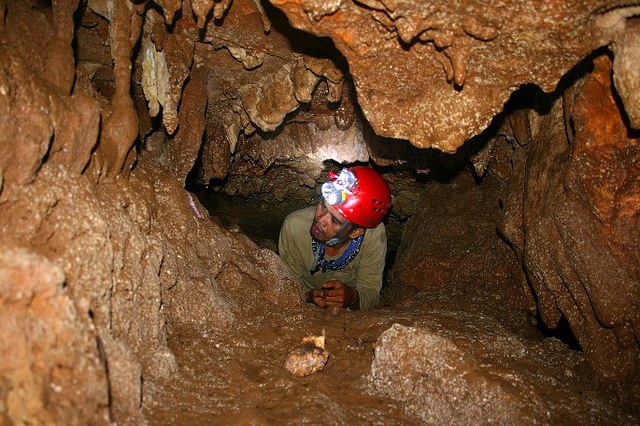 Scientists and climbers filmed on deposits of Shilajit: https://www.youtube.com/watch?v=gHU30ds17r0. From the video shows that Shilajit downright grows inside the mountains, flowing like tar, on rocky sediments and solidifies in fancy patterns. Mines for the extraction of Shilajit have very ancient origins, because of the beneficial properties of this substance, people guessed long ago, a few thousand years ago.

Shilajit is found in the mountainous remote areas, and the whole expedition was arranged for the search of medicinal substances. In Soviet times, the place of production of the mummy was classified at the state level. Then this substance was semi-legal status. Apparently, the party bosses were afraid that all Shilajit is not enough, and treated them themselves, and citizens were left under the care of traditional medicine.

In 1964, the Soviet government gave scientists the task of finding deposits of Shilajit in the Soviet Union. It was necessary to refute the prevailing view that the retinoid is a substance found only in Iran, Afghanistan and regions of Tibet. The expedition went to the mountains of Kazakhstan, Kyrgyzstan, Uzbekistan, Tajikistan. The result of the expedition was discovered the sources of the mummy in Zarafshan, Chatkal, Pamir, Kopetdag and Turkestan regions of Central Asia.

The origin of Shilajit

By studying deposits of the mummy, scientists have suggested that different types of this substance have different origins. In the "mountain of the resin - mineral and organic elements, modified as a result of complex geological and organic processes. Depending on the origin, there are Shilajit, resulting from natural processing and mineralization of the remains of animals and insects, the roots of coniferous trees, of the excrement of small animals, waste products of wild bees.

How to get Shilajit

Since deposits of Shilajit are in the caves and deep caves, located at an altitude of about 3000 m above sea level, produce a substance difficult. Until now, the extraction of the substance not acquired industrial dimensions. Shilajit is located on the surface of a rock formation in the form of incrustations, icicles, or accumulations resulting from cracks. Noted that most of the mummy is located in the caves which are home to Alpine animals and birds: mouse-senostavks and bats, wild pigeons and wild rams. Substance just gather with your hands, scraping it from the walls of the cave.

In order to get Shilajit, no equipment required. The inventory of matter in the nature is limited, but as for medical use requires very small doses of the mountain resin, it is believed that Shilajit to ensure human needs lacking in abundance. Most often, Shilajit is produced by the efforts of local residents who know where there are deposits of the substance.
Is the advice useful?
See also
Подписывайтесь на наш канал