How do you know that dropped stomach during pregnancy

To determine, fell whether the belly during pregnancy, evaluate your condition. In case of omission you will notice some changes. Also pay attention to the appearance of the abdomen. 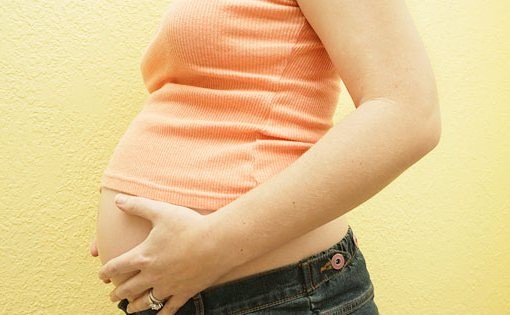 Related articles:
Instruction
1
To understand whether the dropped belly, pay attention to your breath. The last time many mothers-to-be is pretty hard to breathe. This is due to the fact that growing along with the fetus, the uterus shifts and compresses nearby organs. The pressure exposed to light and pregnant, the result of which may cause shortness of breath, difficulty breathing. But when the uterus descends, then all these problems disappear. The woman may feel that breathing became much easier.
2
Understand that the belly during pregnancy fell, and in the peculiarities of digestion. Uterus in third trimester is quite squeezes the stomach, liver and pancreas and this can cause symptoms such as heartburn, belching, bloating. When the fetus descends into the pelvis, all these unpleasant symptoms disappear and pregnant should certainly be noted.
3
The omission of abdominal pregnancy occurs when the fetus is in the right position and pushed down, namely, in the pelvis of the woman. In the end, the head of the unborn child is within the pelvic area. Pelvic bones start to move apart, and the perineum and vagina to gradually stretch. The uterus is now situated in the lowest part of the abdomen. And all these changes can't be noticed. First, the expectant mother may feel discomfort or even pain in the pelvic region, associated with the movement and extended bones. Unpleasant sensations may involve the perineal area subjected to tension. Secondly, due to the pressure of the uterus on the bladder, more frequent urination. Thirdly, the pregnant woman may experience difficulties when walking and when trying to sit or even lie down. This is because the fruit has dropped very low and close to the exit from the pelvis.
4
There is another simple way to find out whether the dropped belly. Previously, the uterus was located directly under the rib cage, so the stomach was almost immediately under sternum. But if the fetus has moved downward and the uterus is moved, it will change. To determine this, try the area between the stomach and the chest to place his hand. If she is comfortable there is, it may be a signal omission.
Note
The exact timing of ptosis of the stomach can be determined. Most often it goes down for 2-4 weeks before delivery. But sometimes the fetus begins to move to the exit before the birth or during the process.
Useful advice
If you are unable to determine, fell whether the stomach, seek the help of a spouse or friend. Also you can every day to take photos so you'll never miss a moment of the omission.
Is the advice useful?
See also
Присоединяйтесь к нам
New advices