How is the uterus during pregnancy

The uterus in pregnancy is constantly changing his location. In early pregnancy it is in the area of the symphysis, and in the end reaches the costal arcs and motevideo process, squeezing the internal organs. 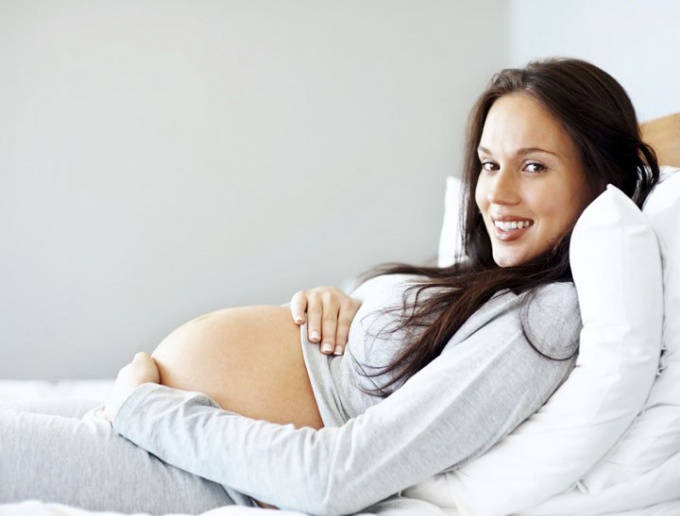 Related articles:
Uterus – female reproductive organ, consisting of an inner layer of the endometrium, middle myometrium, and outer – serous membrane, or perimetry. During pregnancy, this body significantly expands and increases its size, and after giving birth returns to original state. How is the uterus during pregnancy?

As there is a change in the size of the uterus

During pregnancy the uterus changes its size, but also texture, shape, and location. At 5-6 weeks of pregnancy the uterine body is increasing slightly. First, it takes the form of a ball due to the increase in the anterior-posterior dimension, and then the rise and transverse size. In the early period of pregnancy is very frequently observed asymmetry of the uterus in which sticks out one of its corners. It depends on where the fertilized egg attaches to the endometrium. As it growth the uterine cavity is completely filled, and the asymmetry disappears. On the 8th week of pregnancy observed a doubling of the uterus, on the 10th three times. At 12 weeks the fundus reaches the plane of exit from the pelvis, that is located on the upper edge of the symphysis.

How to change the height of the uterine fundus by weeks

On the 14th week of pregnancy, when the uterus beyond the pelvis, the obstetrician-gynecologist regularly measure the height of the uterine fundus. The height of the uterine fundus (AMD) is considered to be the distance between the upper edge of the symphysis and the most extreme point of the uterus. At 16 weeks AMD is 6-7 cm, and the location is on the level between the navel and the pubic articulation. 20 weeks size of AMD varies from 12 to 13 cm, and the uterus is 2 cm below the navel. At 24 weeks body reaches the level of the navel, and at 28 weeks exceeds by 2-3 cm At 32 weeks uterus stops midway between the navel and mechevidnym process, i.e. in the lower part of the sternum.

At 36 weeks, the peak growth of the uterus, the body reaches the costal arcs and motevideo process. At the end of pregnancy the uterine fundus is slightly lowered. In General, displacement of the uterus during pregnancy can be characterized as follows: the first three months it is located in the abdominal cavity on the 4th month reaches the level between the navel and the pubis. On the 5th month the position the bottom is the level of the umbilicus, and towards the end of pregnancy the bottom reaches the lower edge of the sternum. In the last weeks, the uterus grows so high that it presses on the diaphragm and other abdominal organs – bladder, stomach and intestines, creating the woman a lot of problems associated with constipation, heartburn, frequent urination, difficulty breathing, etc.
Is the advice useful?
See also
Подписывайтесь на наш канал