When the abdomen of a pregnant

Pregnancy is a wonderful season, during which the woman looks especially beautiful. But such beauty brings to them some disturbances or persistent thoughts about, for example, when before the birth will fall belly. 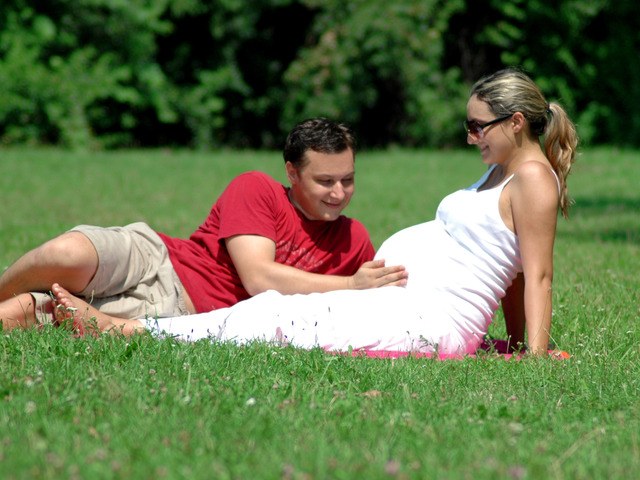 Assuming physiology, surely you know that during pregnancy the ever-increasing uterus is gradually changing the position of the organs located in the abdominal cavity. This process is not only normal, but inevitable. Often the stomach of a woman expecting the birth of a child is almost under the ribs, that occurs most often is heartburn.

Also the stomach may be pressing on the lungs, which in the later stages of pregnancy in women difficulty breathing.

Approximately from the beginning of the ninth month pregnancy belly in many women begins to slowly descend. This is directly connected to the fact that the child in preparation for early appearance in the world, occupies a special position, which in other words is called a previa. Most often there is a compound presentation, but there are some other options. In preparation for the birth, the baby's head position in the pelvis women.

If in the early stages of pregnancy, the head was in the abdomen of the mother in the last weeks of pregnancy it is located in the pelvis.

After prolapse of the stomach, the woman begins to feel much easier. She is gradually shortness of breath, and bouts of heartburn that could previously be torment day and night, become more rare. This is because after you move the baby in the pelvis, the empty space is compressed before the stomach, intestines, liver.

When can fall belly pregnant?

Most often stomach falls approximately in the middle of the third trimester. But the body of a pregnant woman is always individual, so due to various factors in reality can meet a variety of occasions. In some women, the belly can be lowered and at the thirtieth week of pregnancy, when the other woman's belly does not drop even just before birth, for example, at the thirty-ninth week. There are also times when the stomach remains in its original location to the birth.

Don't forget that time when fell the stomach, often does not say anything about the approaching birth. If a woman gives birth for the first time, the term prolapse of the stomach may vary from 2 days to 4 weeks to resolve. And no one can say how much time is left before the birth. But judging from the statistics, very often the belly fall about three weeks before the forthcoming childbirth.
Is the advice useful?
Подписывайтесь на наш канал