Treatment of early ejaculation lies in addressing its causes. Often premature ejaculation is the result of physical illnesses or psychogenic factors, the removal of which returns to the man control over the duration of sexual intercourse. 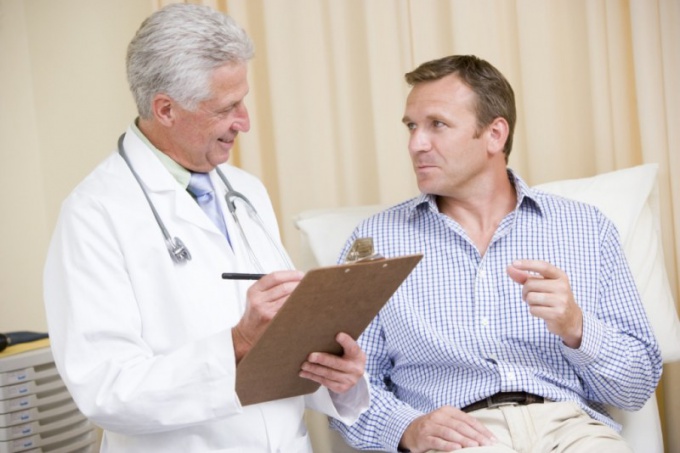 Related articles:
Before you decide on the ways of treating premature ejaculation is determine the cause. After all, depending on why the ejaculation occurs sooner than I would like a man, and is a way to solve this naughty problem.

Premature ejaculation can be absolute and relative. The absolute type is the case when ejaculation happens earlier than one minute after they start intercourse. Relative type, respectively, is when ejaculation occurs not in a moment, but before that would like the man or his sexual partner.

Among diseases in the occurrence of premature ejaculation may be to blame for inflammatory processes in organs of small pelvis, neurological diseases, including the consequences of serious injuries of the pelvis and spine, as well as problems endocrine nature. In the case of detection of such problems treatment of premature ejaculation begins with elimination of the disease-the causes, often enough and additional therapy is not required.

When to refrain from ejaculation, it turns out more than a minute after the beginning of intercourse to control ejaculation is still not out, the reason lies solely in the psychogenic factor.

If the experience of sexual intercourse at the time of detection of the problem is not rich, then worry not. With regular practice, the ability to control the process of ejaculation will come by itself. In this case, it is important not to dwell on it, for the imposition itself of the inferiority complex can only aggravate the situation. Regular practice can't cure premature ejaculation in men who previously did big break in sexual relations.
Is the advice useful?
See also
Присоединяйтесь к нам
New advices