Why attempt to remake the man often ends with the collapse of relations?

People are not perfect. Why do women forget about it when you marry and discover that a loved one has flaws? 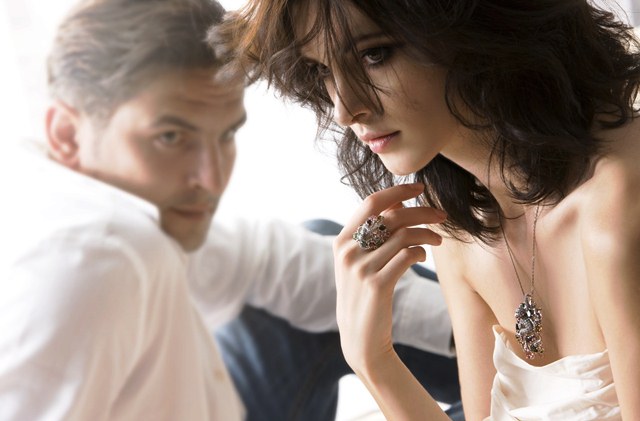 People are not perfect. We know this almost from childhood, but many women make the mistake of trying to "reshape" the personality of the partner for the sake of their whims.

When the delights of the "honeymoon" period is over, there comes a real life together, many couples are faced with the fact that the partner is not perfect, it has several drawbacks, and in business they can make mistakes as any person. Men in such cases, a more tolerant and forgiving. Women begin to "return to past happiness" urgently "to correct the situation, resorting to not very sensitive methods. They begin to criticize, to teach, to fall into the resentment from the fact that the man does not behave as a woman would want. In the course are a variety of manipulations: from the cloying "magic phrases", reads in women's magazines to provocations in the form of ridicule, vulgar tantrums and rough blackmail. This approach often turns into unpleasant consequences for both.

Wanting to improve the atmosphere of relations, women think more about their own psychological comfort, and not about what feels partner. Building in his imagination an abstract ideal, it assumes what has to be the manto the woman was good and comfortable. This is the main error. As soon as a man hears a list of what it "should", it awakens a desire to protect yourself from psychological abuse. You can get back a defensive response, which will evolve from the desire to please - to outbursts of aggression and the coming cooling.

Whichever you was the most beautiful man in the woman appreciates above all the warmth and supportpsychological safety. Going to a serious relationship, he trusts the woman as well as she to him. And if he lives with her under the same roof, doing this because he feels the woman is not only a physiological object of passion, but understanding, a kindred spirit. Passion can dull, deteriorate, weaken, intensify, and kinship is what normal, healthy man will never refuse and will appreciate that above all else, regardless of the fluctuations of physical attraction.

You think that your man is doing everything "wrong" and you endlessly strive to the place and out of place to give him advice? All this will lead to the fact that it will simply cease to take the initiative, begin to hide their activities. Endless criticism upsetting, nerve-wracking, in men there is a strong inferiority complex next to the wife, who knows everything better than himself. As a result, you either get sleepy "mattress", which is just going to avoid decisions and responsibility or provoke conflict and sustainable aggressive reaction to your quest to evaluate, discuss his actions. Any attempt to comment on his actions come across to become defensive.

To fight for the right to be privy to the business partner in such cases is fraught with the fact that you can spoil the relationship once and man will cease to share with you, you will lose your personal confidence. As a result, sooner or later he will find someone who will take it without negative criticism. Well, if this person is the only companion on fishing and not a secret girlfriend or colleague at work, with which he can associate not only warm and friendly but also romantic relationship. You can be an inspiration and companion in a man's life, but can gain a reputation for annoying "controversy", which causes the usual hostility.

Often women would like to see in your loved one "shoulder" to cry on. If the "vest" does not show a proper emotional involvement in women's issues, the partner is usually inclined to blame the callousness and indifference. Meanwhile, the fact is that men are guided more by logic than by feelings. To get a man in acute situations, for example, to empathize with the woman - it is impossible. He will think of how to effectively solve the problem of where a woman will Express emotion and outrage. Give him the opportunity, but does not require him comforting "baby talk".

To require men to show interest in what interests or excites a woman - from the outfits to the relationship with friends is also pointless. In the best case you will achieve indifferent nod, at worst he just starts to avoid contact by extraneous topics. To complain about life, bad bosses and the prices in the shops, waiting for the "moral support" from men - it is useless. He's just not going to get into all the details. In General, such a situation it is better to discuss with friends. And in men it can cause boredom and irritation, the desire to dissociate itself from the annoying noise. Will seek attention forcibly - risk of becoming uninteresting to the man.

To proceed in a relationship that someone for someone must do this and that - so, doomed himself to the conflict. If the Union men and women everything is done not for themselves but for each other, voluntarily, from the heart - this affection will only grow stronger. As soon as you start trying to dominate, to demand greater attention, rejection of some of the habits and communication with familiar persons to impose a way of life that is alien to your man - the relationship will gradually come to naught. Some time they will exist by inertia. In strong affection a man will go to the victims, but will feel disappointed, or in retaliation will require self-restraint and women. To strengthen the relationship it will not lead, as mutual dissatisfaction will only grow, and will eventually lead to a cooling or rupture.

Any violence against the person in a love Union is stress, heart wound and memorable insult. And if women due to natural causes and mental characteristics accept the need to obey less painful, the male sees the female authority as a personal defeat and loss of dignity.

Feminine wiles, manipulation, provocation and psychological experiments on man almost always lead to the collapse of relations. Insatiable attempts to alter, "improve" partner - end up usually sad. The woman, in the end, can be in insulting form sent in search of a more suitable pair, and with the recommendation to grab your favorite dog. Partner, having gone through the gap, goes towards a new life - and love. As a rule, the man quickly finds himself less obstinate couple, with the qualities that are sought in past relationships.

You need to understand that men in search of a pair of more constructive and twice on the same "rake" comes rarely. And women as being more emotional, often looking to replace lost love, unconsciously choosing a partner with mental characteristics and habits peculiar to their "ex". As a result, the cycle repeats anew, and a wonderful, warm and comfortable initially, the relationship gradually cooled and crack.

Appreciate those who are close to you. Because you also not perfect. Let us remember the famous biblical expression: "Love does not seek its own, is not puffed up..." Try to be respectful to other people's inner peace and personal space - only then you will be considered a family man, truly "his" mate, and to which, despite minor and major flaws, will pull always.