What to do if a cat shits in shoes

Even if at first glance pet equally loves all family members, in fact, one of them the cat stand out among the rest. Often it happens the opposite, when he gets to someone from home such hostility that shit in the shoes of this man. 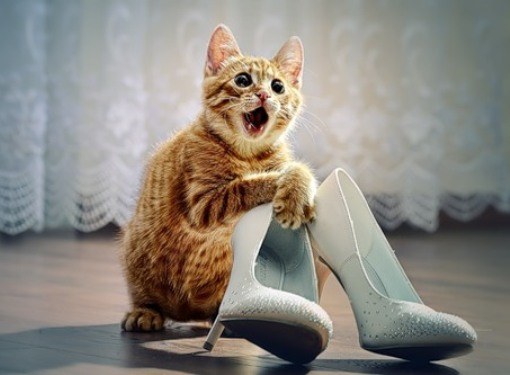 Related articles:
Instruction
1
Remove the shoes out of reach for the animal places – especially for those couples that your pet is already soiled. This can be a pantry, hall or a special cupboard for shoes, the so-called Shoe case. Cats can smell much more acute than humans, and it is possible that on the soles of your shoes you bring home some kind of annoying animal smell. In this case, the cat will start to fight it the only way available to him, namely, trying to kill their alien smell.
2
Make sure that the cat shits in it shoes, instead of aiming them. If you have a home live adult intact animal, perhaps desecration of your sneakers and shoes is not just an act of disobedience and one of the manifestations of sexual hunting. Label cat have disgusting horribly pungent smell, which is quite difficult to get rid of. So he is not methyl in the house, or give your cat free access to the street – there he will be able to satisfy his instinct of procreation, or take the animal to a vet for castration.
3
Be aware that the animal may urinate in the wrong places in cases when it is not all right with health. For example, urolithiasis in acute causes the cat to experience a sharp pain when urinating, and the unfortunate animal in search of a corner where it can hide from it, is able to recover in the most unexpected places, including in the shoes of the owner. Urgent visit vet – let him examine your pet, take tests and, if necessary, prescribe an effective treatment.
4
Remember, do not be offended if you your pet? This is fairly rare, but sometimes the cats are really shitting in the shoes of the owner, if he was rough with them. In this case, use the special sprays from the pet store designed to fight off the animal urge to defecate in the wrong places, and remove shoes where the cat won't get to it. Of course, hurt pet even more, punishing him; just strictly tell him to continue to do not need.
Note
Sometimes the animal makes their Affairs in the shoes of the owner and his guests, as if to capture her scent. It is guided by the logic that if these people were in the house in which he lives is so remarkable an animal, they should smell that way. Shoes someone of the owners of the cat can get dirty due to the fact that he is rarely home and spends little time with the animal. In this case, give your pet more attention, often talk to it and pet it and feed it is tasty. Also, just in case I hide your shoes away from the cat.
Is the advice useful?
See also
Подписывайтесь на наш канал