Why in Church candles

The custom to light candles in the Church and put them in front of icons is considered to be very ancient, arising in the old Testament. The candle is a symbol of the spiritual aspirations of man in God, a symbol of the prayers and repentance of sins. 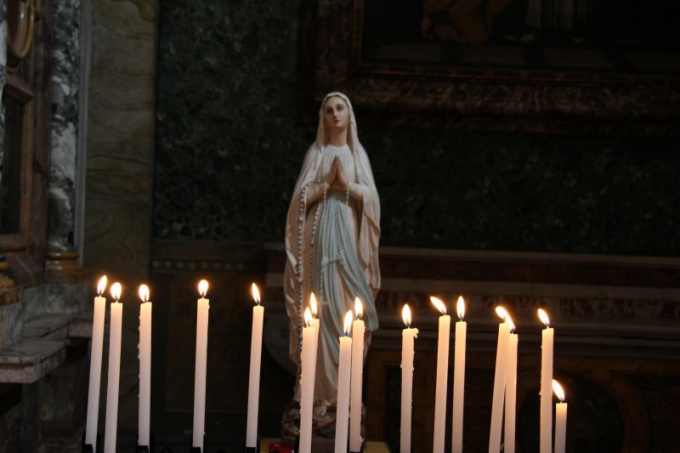 Related articles:
Instruction
1
In the early Christian Church there were no candles, then Christians brought into the Church is olive oil, which extracted themselves in the mill, and filled it with oil lamps of the temple. But gradually this tradition was transformed under the influence of Byzantine traditions. In the book of Moses in the time of each priest lit candles before the image of God, which meant following God's law is a lamp to man in his earthly life. One of the first commandments that the Lord gave Moses, there was to be a Golden lamp with 7 lamps for the lighting of the room during the rituals.
2
Even in pagan times there were a large number of rituals with candles, with which to scare away the evil spirits and prayed for the dead.
3
Gradually the rules of lighting candles in churches was modified. Initially only the candle lit before the Holy gospel, and while his reading had already lit all the candles in the temple. In the future, there was a tradition to put candles and to other sacred objects: coffins of the dead, icons, etc.
4
Candle lit before the icon, considered a symbol of the spoken prayers, the aspirations of the human soul to God, appeal to him. Clean the wax used in the manufacture of candles, is intended to mean that the thoughts of man pure and open before God, that he repented of the sins you have committed, are you ready to repent before the face of God and agree to accept any punishment. The softness of the wax means that the person is ready to obey. And the process of combustion of a candle is perceived as the aspiration of the human soul to deification, i.e. repentance.
5
When you light candles in the Church, don't do it mechanically, you need to feel the love in your heart for someone you want to give a candle. By purchasing a candle in the Church, you are making a voluntary sacrifice to God and the Church. Initially, Christians donated the wax on the candles, then began to buy candles, with the proceeds for the decoration and repair of the Church, the maintenance of the choir, salary, etc. in Any case, don't buy or bring into the Church the candles purchased for his walls, as they can not be sanctified, before the icons to put them is impossible.
6
Candles should be put only with prayer. It will be good, if the words of prayer you will add your own words that expresses a request or gratitude. The candle is a symbol of your faith, the love of God, mother of God and the Angels and all the saints. When you can't put into words the prayers of all your senses to the Lord, comes to the aid of a candle flame.
7
Choose how many candles and before any icons you want to light. Decided to put a candle in front of the Guardian Angel and Saint, whose name is man. Then near the candle, light your candle from the other candles and place it on the empty seat. In that case, if no seats available, you just put it next to, in the future, the Ministers of the Church will definitely put it on the vacant seat. Once you put a candle crosshairs 2 times, then attached to the Shrine crosshairs 1 times and worship the icon.
Is the advice useful?
See also
Присоединяйтесь к нам
New advices