Why put the candle to the icon of St. George

Candle before the icon is a prayer to God or to a Saint before whose icon candle set. It is a symbol of divine light and light of our soul, like a flame, soaring to God with prayer. Any prayer will be heard in Heaven, but some saints treat certain requests. 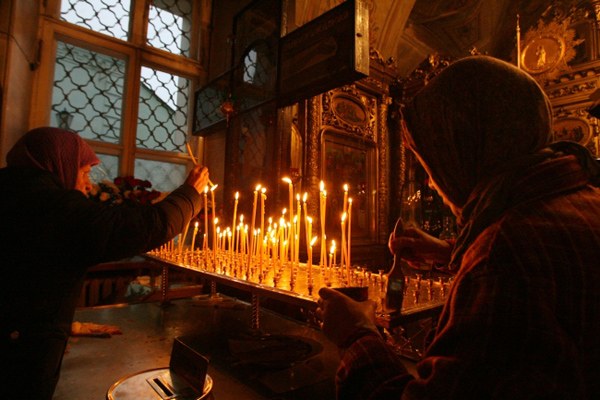 The life of St.

George the victorious is one of the most revered saints. He was popular for a long time, even in the time of early Christianity. In his youth he entered the military service at the court, distinguished intelligence, courage, and strength, becoming a favorite of the Emperor. However, when the persecution of Christians, George distributed all his rich possessions to the poor and went to the Emperor, declaring himself a Christian.

He was subjected to terrible torture seven days, but each time the next day he was miraculously healed. But before his death prayer destroyed the pagan idols in the temple. All this brought the Christian faith to a huge number of people who have witnessed miracles or had heard of them from eyewitnesses.

What to pray for St. George

George, a former commander of the Imperial bodyguards, is now considered a patron Saint of soldiers. During the invasion on the land of their enemies, the believers pray for the defenders of the Fatherland. Also St. George is the patron Saint of farmers (the name comes from the Greek word for "farmer") and the shepherds. In some countries it is considered more patrons and travelers. Therefore turn to him with prayers about the breed of cattle, and about luck on the hunt.

As the legendary conqueror of the Serpent, George please get rid of venomous snakes and to cure diseases. Pray Holy victorious even about the birth of the child and the return of the lost kids. In General, trust him with all your hopes and aspirations.

It should be noted that in the Slavic tradition there are at least two images of St. George. One close to the religious cult where the great Martyr Georgy the conqueror of the serpent, and a brave warrior. The other (sometimes referred to as a Holy Saint, but this is the same George) of folk beliefs, he is the owner of the land, associated with the cult of agriculture and animal husbandry: farmers asked to protect the herd from predators and to help the shepherds, pray for rain, a good breed of cattle and a rich harvest. In the festival "spring of St. George's day" — one day of memory of St. George — the first time after the winter drove the cattle to the fields.

In addition, St. George and other saints, to pray for strengthening of faith in the soul, the intercession with God and forgiveness for sins. Parishioners asked George about the protection from evil, because he is a brave warrior and protector, fearless fighter for the Truth.
You can read the canonical prayers, but if a believer does not know these texts, we can formulate the request in your own words — an appeal in any case will be heard.
Is the advice useful?
See also
Присоединяйтесь к нам
New advices