Why do cats wet nose

Nose cat is a unique tool to study the surrounding space and all that there is. Mucus in cat's nose is an important feature of this tool. 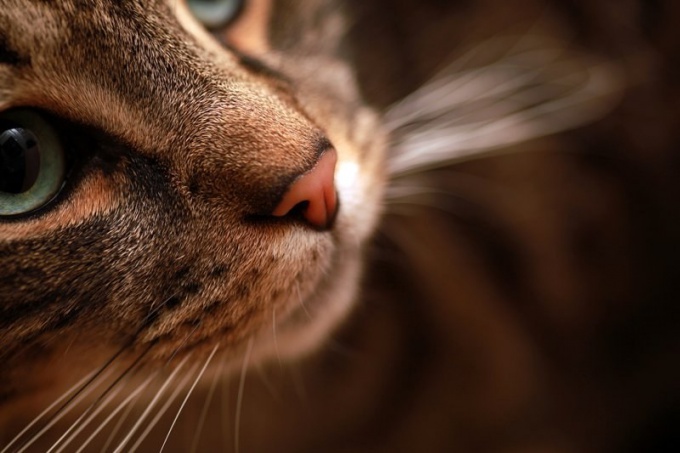 Why do cats wet nose

In a healthy animal of the family Felidae the nose is damp and cool. This is due to the fact that in front of the mirror (the so-called leathery tip of cat's nose) is a lot of special glands that produce mucus. This phlegm thin layer covers the sensitive skin, making her wet.

The main component of the mucus on the nose of a cat. During its natural evaporation, the surface temperature decreases. As a result, nasal mirror gets cool.

A layer of mucus on the surface of the cat's nose allows the animal to perceive and distinguish from each other various smells. The smallest molecules, carrying the information about the fragrance, deposited on the sticky mucus and are traveling further down the nasal cavity to the olfactory receptors.

An excellent capture, the smells, the function of the wet nose of a cat is involved in thermoregulation of the animal's body. Since cats have no sweat glands and their fur is quite thick, furry Pets are difficult to get rid of excess heat.

And heats up the animal's body and from the high temperature, and active movements. A wet nose in such a difficult situation allows the cat to cool faster. Nature with mucus on the nose care about the health of cats.

Healthy active animal breed of the cat's nose is cold and wet. Sometimes after a long sleep or live a cat's nose becomes dry and hot. There is nothing to worry, very soon the cat's body smell, and touch again, wet and phlegm will cool the surface.

If the cat's nose in the hours is dry, you need to consult a veterinarian. If the nose of the cat is very cold and pale, then the body temperature of the animal has fallen sharply, which indicates the poisoning, hypothermia, or shock. In this case, the pet also need to show the doctor.

A cat will keep your nose in working order. If the weather is hot and dry, the animal licked the spout. Often on the wet surface of the cat's nose sticks cobwebs, dirt and dust. Then the cat sneezesto clear the nasal passages, and washes foot long.

From time to time inspect the nostrils of your pet. Noticed dry flakes crusts, crusts or peeling, visit to the cat vet. Don't forget that wet should be the surface of the nose, but flow from it. Rhinitis in cats should be treated.
Is the advice useful?
See also
Подписывайтесь на наш канал