How to find the year of manufacture hours

Antique dealers do not like to take hours on the Commission, except those which have at least some artistic or historical value. However, to determine the value and year of issue hours, which you found in gramma's trunk, must be very careful not to sell for pennies a really worthwhile thing. 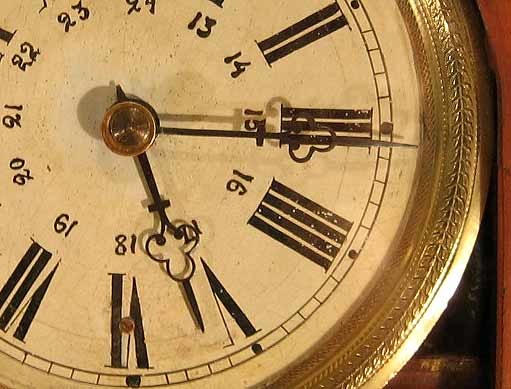 Related articles:
Instruction
1
Try first to determine the year of issue hours alone. Carefully inspect the watch on the dial side. See if it contains the name of the manufacturer, any marks, including information about the yeare of issue. If the hours of Soviet manufacture, but the manufacturer's name written in Latin letters, it is likely that they were made for export, that is, from about 60-ies of XX century (previously watch abroad is practically not supplied, with the exception of hours Uglichskaja plant "Chaika").
2
Inspect the back cover of hours. Write down the serial number. It will be possible to inquire about the clock for your brand by contacting one of hourss forums of the Internet (for example, on the website www.watch.ru). The serial number will allow you to communicate with the masters-hoursproviders do not show until the time the thing itself. On the back hours of some Japanese firms is either the month and year (1-2 digits) or day, month and year fully.
3
If you are in the hands of a vintage watch with hinged cover, sometimes on its inner side also may be inscribed with numbers or letters that will help you determine the year of issue.
4
If the watch is quartz, gently open the back cover and remove the batteries. If mechanical, wait until they rise to awkward movements not to damage the internal device. And then open the lid.
5
Let's see if there are any marks or stamps on the inner surface of the back cover. Armed with a magnifying glass and carefully inspect hoursthe second mechanism, trying to what not to touch. If you can not find the serial number on the back of hours, probably, knocked on the mechanism. In addition, many masters of the past, making watches to order, be sure to put a personal stamp on the inside. It also can help in identifying the yearand release products.
6
If the year of issue hours cannot be determined, contact the antique and hourss to masters for advice. Be careful, to prevent fraud, make better some photos of the hours on all sides (including mechanism) and show it to the experts.
Is the advice useful?
See also
Присоединяйтесь к нам
New advices