On the territory of Russia meet 24 species of birds belonging to the genus of gulls. The most common of them – the black-headed gull. This bird is slightly larger than the dove, and dwells on the coasts of the seas and on the coasts of lakes, rivers, even ponds in the city. Its range is extremely extensive: it includes the entire European part of Russia, most of Siberia and the Far East. 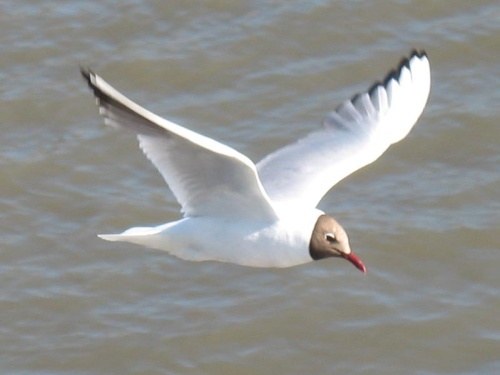 Related articles:
Before the onset of cold weather, the most part of gulls migrate to warmer climes, however, quite a lot of birds remains in major cities, finding food in local landfills. Those who fly, spend the winter in Russia on the coast of the Caspian and Black seas, and abroad – in the Mediterranean region, Africa, parts of Asia (up to Japan). Is also prevalent glaucous gull. It is a bird of medium size (primeros large crow), with greyish-blue plumage and white head. The habitat of the glaucous gulls from the Kola Peninsula to the Western borders of Chukotka, in the southern reaches of the Caspian sea. Before winter it migrates to the Mediterranean region, individuals reach the Persian Gulf. Much larger herring gull. It is a large bird (wingspan of up to 1.3 meters), with a massive yellow beak and silver-grey plumage, in Russia it breeds along the Arctic coast, on the lakes of Western Siberia, the Northern shore of the Caspian sea. An active predator; a large part of the diet of silver gulls are molluscs and crustaceans, but it also willingly ravages nests of birds, feeding on rodents, fishes. Before the onset of winter, herring gull flies on the coast of the South seas. Within Russia the main areas of the migration are the Black and Azov seas, abroad – the Mediterranean sea. There is also a Seagull that flies or not for winter at all, or migrated over very short distances – a maximum of several hundred kilometers. This white gull living on some Arctic Islands, for example, the archipelago of Franz Josef. Bird of small size, with white feathers (fromwhere and its name comes from). It spends winter in or in the same places, migrating along the ice edge, or reaches the shore of the mainland.
Is the advice useful?
See also
Присоединяйтесь к нам
New advices