How to solve metal puzzles

Puzzle is a kind of logical problems whose solution can be in many different forms. Previously, such "toys" were made by craftsmen mainly in wood. Now the modern market is ready to offer a variety of puzzles, made of plastic, metal and other materials. 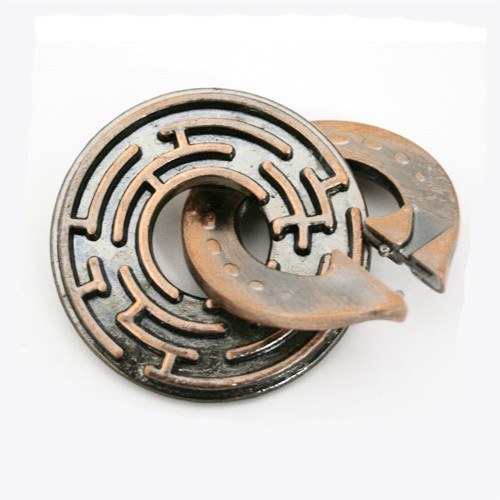 Related articles:
Instruction
1
Metal puzzle rather complex in its compositional execution. As a rule, they consist of two parts: base and removable. At first glance, the solution to metal puzzles seems hardly possible. And yet, each of them has its own method of solution. Such a puzzle is considered solved, if you could divide part of it, and then bring them to its original position.
2
Getting to the answer, you should care about good lighting of the room. In the solution of any puzzle ever no need to rush and make sudden movements. Force you will not help either. The important thing is to find a starting point solution. To understand how to assemble a metal puzzle can be an example of two samples: the "Star" and "Ring".
3
While solving the puzzle in the first place you need to gradually release the metal loop from the ring, which is located in the center of the design. To do this, the right hand rotate the loop counter-clockwise and her left hand gently holding the ring.
4
Then it is necessary to release the metal loop from the other two rings below. String two small rings on lower part of the loop, and then slide it slightly toward the inside of the small rectangle, and then print it from there. When the loop is out of the Central part of the star will be only to free her from the small rings. The puzzle is solved.
5
The principle of the Assembly of the Ring is based on collecting a few parts together. Disassembled, this puzzle is a 4 rings linked to each other. If you look closely at the puzzle, you will be able to distinguish between two types of rings. The Assembly of the puzzle should start, based on this factor.
6
First, connect the same type of ring (with the "ticks", "monograms"). Then apply on them a second pair of rings (with gaps or deep hollows) so that they are firmly connected with the first group. Thus, the puzzle is solved. On the correctness of its Assembly will testify to the uniformity and clarity of the picture of the collected composition.
Is the advice useful?
See also
Подписывайтесь на наш канал