How to solve the riddle of Einstein

Each person has a logical thinking. However, not all people can enjoy them to the fullest. Some have it more developed than others. But logical thinking can be trained with tasks. The riddle of Einstein is one of the most popular. To solve it in the mind is very difficult, but reaching the table, she loses much in complexity. 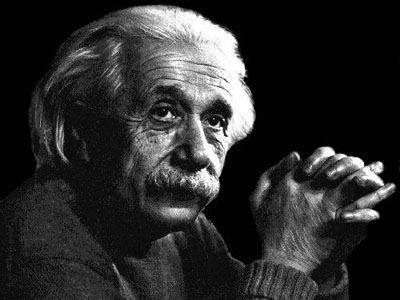 Related articles:
You will need
Instruction
1
Recall the essence of the problem. On one street there are 5 houses of different colors, they are people of different nationalities. They all drink different drinks, smoke different brands of cigarettes and bred different animals. Question: who grows the fish?
It is known that:
1. The Norwegian lives in the first house.
2. The Englishman lives in the red house.
3. The green house is immediately to the left of white.
4. The Dane drinks tea.
5. The one who smokes Rothmans lives next to the one who grows cats.
6. One who lives in the yellow house, smokes Dunhill.
7. The German smokes Marlboro.
8. One who lives in the center drinks milk.
9. A neighbor who smokes Rothmans, drink water.
10.Anyone who smokes Pall Mall, raises birds.
11.The Swede raises dogs.
12.The Norwegian lives next to blue house.
13.The one who raises horses, lives in the blue house.
14.The one who smokes Philip Morris, drinking beer.
15.In the green house drink coffee.
Draw a table. Specify all the characteristics of houses and their rooms.

3
It is easiest to start with the string "house color". According to the problem, the green house is immediately to the left of the white (3). This home can be a No. 3 or No. 4. Green may not be the first house, because to his left is blue. We also know that in the green house drinking coffee (15), and in the house №3 drink milk. So, green house No. 4, respectively, building No. 5 - white. Learn the colors of the remaining two houses. It is known that the Englishman lives in the red house (2). In the first the Norwegian, then the Englishman lives in the house №3 and the color red. Therefore, the first house yellow, his owner smokes Dunhill(6).

4
Now let's see what drinks I prefer these people. It is easier to determine what drink Norwegian. We know that in the third house, drink milk, and green coffee. The Dane drinks tea(4). The one who smokes Philip Morris drinks beer (14), but the Norwegian smokes Dunhill. From which we infer that he was drinking water.

5
Go ahead. Find out who lives in a blue house. His owner smokes Rothmans and breeds horses. This is not a Norwegian or an Englishman. The Swede also can't live in this house, because he breeds dogs. Not a German, as he smokes Marlboro. So this is Dane and he drinks tea (4).
Beer is drunk by one who lives in the white house and smokes Philip Morris (14).

7
The table shows that the remaining brand of cigarettes (Pall Mall) the Englishman smokes, and he throws the birds (10). Norwegian, on the basis of section 5, growing cats. We have one who throws the fish is German.