How to solve logic problems

Solving logic problems is entertaining and useful exercise. Its peculiarity is that initially there is only a false and true statement, and no formulas. Consider a few basic methods of solutions, having its sphere of effectiveness. 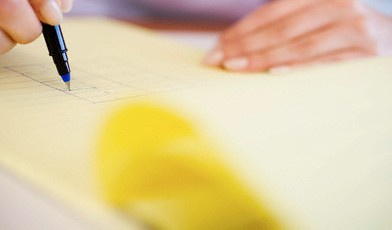 Related articles:
Instruction
1
Method of reasoning – the most straightforward is based on successive reasoning (deriving from the conditions of the task), and checked for truth or falsity, and all subsequent statements are based on verified source.
For example. The age of mothers and daughters for a total of 98 years. Daughter was born when my mom was 22 years old. How old are both? Solution: as the difference in their age 22 years (at this age mom's daughter), 98 – 22 = 76 (years old). This is twice the age of his daughter, then 76 : 2 = 38 (years old). So, mother 98 – 38 = 60 (years).
2
Method tables – a visual method, involves the construction of the table according to the conditions of the word problems and consistent it will be filled with numbers 0 or 1, depending on the findings (false-true).
For example. There are 8 liter vessel full of water.
How to pee 4 liters, if there are empty tanks with capacity 3 and 5 liters? Solution: 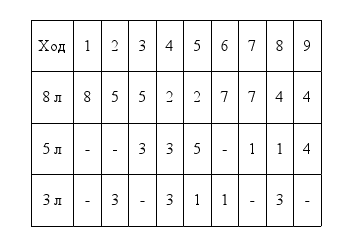 3
The method of block diagrams is applicable for solving problems of tanks and weights and much easier method of search of variants (which allows us to derive General rules). Initially, teams are formed (identical to the transactions), and then build their schematic sequence. This is known in programming, block diagram, leading to the decision task. A logical extension of this method is the method of solution by computer. The essence of which is the shifting of the algorithm into a programming language.
4
Algebraic method of solution involves the solution of systems of logical equations. All claims arising from the condition tasksare assigned letter symbols and are written as formulas. By solving the system of obtained equations (by multiplying one by the other), is a true statement.
5
Possible graphical method of solution of the system. To do this, draw a diagram of the logical relations ("logical tree of conditions) based on the equations of the system. And logical sum means branching, and the product – following conditions for each other. The decision comes on the basis of the analysis. This also applies to the method of Euler circles – building a geometric scheme, which reflects the intersection or Union of sets.
6
Not less interesting Technique of Billiards, based on the theory of trajectories.
However, detailed consideration would require a separate, very entertaining article
Is the advice useful?
See also
Подписывайтесь на наш канал