How to get to the Sparrow hills

In order to get to the observation deck, located in the nature reserve "Vorobyovy Gory", you need at least to be in Moscow. However, it often happens so that not only visitors, but also Muscovites themselves at a loss to figure out how to get in a particular district of the metropolis. 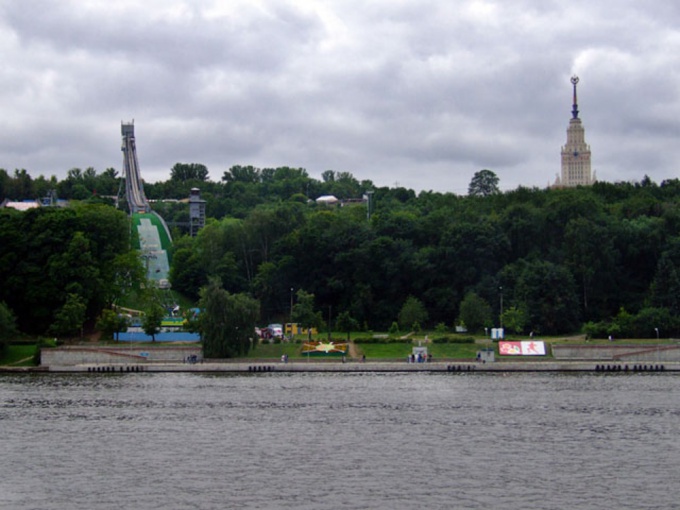 Related articles:
Instruction
1
Please contact one of the many taxi services and inform the dispatcher that you would like to drive to Sparrow hills. Unfortunately, to reach the viewpoint you have is unlikely to happen, as was recently banned travel of personal vehicles on the street Kosygina, leading to the highest point of Moscow. The movement is closed and on the site of Andrew embankment, which previously could easily drive to the site. So you have after a trip by taxi a little walk.
2
Take the metro and go to station "Okhotny Ryad". Near this station is the Red square and GUM from the Parking lot near which constantly recover the buses. In the program of almost all of the city includes a visit to the observation deck, to which you also need to walk a bit, enjoying the cleanest air in the capital. Similar trips are also organised from the other Central districts of Moscow (e.g., Kalanchevskaya square, the so-called "square of three stations", metro station "Komsomolskaya").
3
Take a metro to the train to the station "Sparrow hills". You also have to walk a bit, and up the hill, but wonderful views from the site, literally floating above the city, is worth it.
4
If you feel fit and full of energy, you can climb to the observation deck directly from the Moscow river, embankment or pier, river transport. A ride on a river boat is quite inexpensive, and, in addition, you can enjoy during the trip wonderful views of the city commanded from the boat. Go out on the dock and start climbing: the stairs first, and then – on trails, but pretty well maintained. If you have decided that you conquer the hills on foot, take the cable car directly to the lookout.
5
Use ground public transport to get to Sparrow hills. So, from the metro station "University" to Sparrow hills can be reached by bus No. 661 (bus stop "DK MGU"). In addition, you can use the following public transport routes:
- buses No. 113, 119 or 1 (to stop "DK MGU"), 57, 111 (to stop "Main building of Moscow state University");